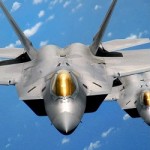 Donald Trump is heading to Capitol Hill tonight and is expected to outline part of his budget plan before a joint session of Congress. On Monday, Trump proposed increasing the military budget to just over $600 billion — a 10 percent increase — while deeply slashing the budgets of other agencies.

As Trump Pushes for Historic $54B Military Spending Hike, Which Programs Will He Cut to Pay for War?
Donald Trump is heading to Capitol Hill tonight and is expected to outline part of his budget plan before a joint session of Congress. On Monday, Trump proposed increasing the military budget to just over $600 billion—a 10 percent increase—while deeply slashing the budgets of other agencies, likely including the Environmental Protection Agency and the State Department. Trump said he wanted a historic increase in military spending. Democratic Congressmember Barbara Lee of California responded on Twitter by writing, “[President] Trump’s morally bankrupt budget will funnel more money to the Pentagon at the expense of the poor [and] our planet. This is an awful idea.” In September, Neta Crawford, co-director of the Costs of War Project and a professor of political science at Boston University, released a report that found the United States has spent nearly $5 trillion since the September 11, 2001, attacks on homeland security and the wars in Iraq, Afghanistan, Syria and Pakistan.

“Decade of Betrayal”: How the U.S. Expelled Over a Half Million U.S. Citizens to Mexico in 1930s
Trump is slated to give his first presidential address to Congress today. Democratic lawmakers have begun giving their tickets away to immigrants as a protest against Trump’s push to increase deportations and to block residents from some Muslim-majority countries from entering the United States. Well, this is not the first time people of Mexican descent have been demonized, accused of stealing jobs, and forced to leave the country. During the Great Depression of the 1930s, more than a million people residing in the United States were deported to Mexico—about 60 percent of them were U.S. citizens of Mexican descent.

“Are You Muslim?”: Muhammad Ali’s Son & Former Wife on their Detention & Interrogation at FL Airport
Are you Muslim? Where did you get your name from? Those were the questions posed by immigration officials to the son of the late boxing legend Muhammad Ali earlier this month when he flew into Florida from Jamaica after attending a Black History Month event. When Muhammad Ali Jr. said he was a Muslim, authorities reportedly held him and questioned him for over two hours. Ali was traveling with his mother, Khalilah Camacho-Ali, the boxing great’s second wife and mother of his four oldest children. She was also detained.