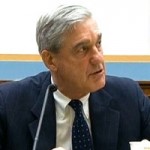 There have been significant developments in special counsel Robert Mueller’s investigation into the Trump administration. CNN is reporting Mueller is now investigating Jared Kushner and his attempts to secure financing for his family’s business while working on the president’s transition team.

Mueller Probe Heats Up: 13 Russians Indicted, Ex-Trump Aide to Plead Guilty, Focus on Kushner Grows
There have been a number of significant developments in special counsel Robert Mueller’s investigation into the Trump administration. CNN is reporting Mueller is now investigating Trump’s son-in-law Jared Kushner and his attempts to secure financing for his family’s business while working on the president’s transition team. Meanwhile, the Los Angeles Times is reporting former Trump campaign aide Rick Gates has agreed to plead guilty and testify against Paul Manafort, Trump’s former campaign manager. Under the deal, Gates will plead guilty to money laundering and illegal foreign lobbying. These developments come just days after the Justice Department indicted 13 Russians and three companies in connection with efforts to influence the 2016 presidential election by orchestrating an online propaganda effort to undermine the U.S. election system.

Robert Reich: Morality & the Common Good Must Be at Center of Fighting Trump’s Economic Agenda
As a presidential candidate, Donald Trump made a promise to the American people: There would be no cuts to Medicare, Medicaid and Social Security. Well, the promise has not been kept. Under his new budget, President Trump proposes a massive increase in Pentagon spending while cutting funding for Medicare, Medicaid and Social Security. Trump’s budget would also slash or completely eliminate core anti-poverty programs that form the heart of the U.S. social safety net, from childhood nutrition to care for the elderly and job training. This comes after President Trump and Republican lawmakers pushed through a $1.5 trillion tax cut that overwhelmingly favors the richest Americans, including President Trump and his own family.

You can now get instant access to ten signs of the 2018 Planet Waves annual, The Art of Becoming — with more to follow. Order all 12 signs here to read your Sun, Moon and rising sign and those of loved ones, or choose your individual signs here.