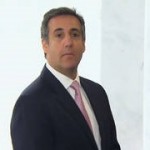 Trump Slams FBI & AG Jeff Sessions After Agents Raid Home & Office of His Attorney, Michael Cohen
FBI agents have raided the home, office and Park Avenue hotel room of President Trump’s longtime personal lawyer Michael Cohen. During the Monday morning raid, the FBI seized a slew of business records, emails and documents. The Washington Post reports Cohen is under investigation for bank fraud, wire fraud and campaign finance violations. Agents also reportedly seized documents related to a $130,000 payment Cohen made to adult film star Stephanie Clifford, also known as Stormy Daniels. Cohen has admitted to personally paying Clifford to keep her quiet about an alleged 2007 affair she had with Donald Trump. The payment, only days before the 2016 election, may violate federal election law. The raid was carried out by the U.S. attorney of New York, Geoffrey Berman, who was handpicked by President Trump after Trump fired Preet Bharara. Berman is a former law partner of New York City Mayor Rudolph Giuliani. Monday’s raid came after a referral by special counsel Robert Mueller. President Trump reacted angrily to news of the raid Monday.

“A Very Dangerous Moment”: Trump Threatens to Strike Syria as Warmonger John Bolton Joins Cabinet
President Trump has threatened a forceful response to this weekend’s alleged chemical gas attack in Syria that killed at least 40 people and injured as many 1,000 in the rebel-held town of Douma. During a meeting with military officials Monday, Trump vowed to take action. Washington and its chief allies at the United Nations have blamed the Assad government for the chemical attack, but Russia claims there is no evidence an attack even took place. Meanwhile, Iran has acknowledged seven Iranians died in an Israeli airstrike on a Syrian base early on Monday. Phyllis Bennis is a fellow at the Institute for Policy Studies, author of several books, including, most recently, “Understanding ISIS and the New Global War on Terror.” Her latest piece for In These Times is headlined “It’s John Bolton’s First Day in the White House. We Must Stop Him from Escalating War in Syria.”

Is “Sorry” Enough? Facebook Built Empire on Harvesting Personal Information with Little Oversight
Facebook CEO Mark Zuckerberg is set to testify today on Capitol Hill amid the burgeoning scandal about how the voter-profiling company Cambridge Analytica harvested the data of more than 87 million Facebook users, without their permission, in efforts to sway voters to support President Donald Trump. In prepared remarks ahead of his testimony today, he writes, “We didn’t take a broad enough view of our responsibility, and that was a big mistake… It was my mistake, and I’m sorry. I started Facebook, I run it, and I’m responsible for what happens here.” The company has also unveiled new privacy tools ahead of Zuckerberg’s testimony today.

Denver Post Revolts Against Its “Vulture” Hedge-Fund Owner & Demands 126-Year-Old Newspaper Be Saved
The Denver Post has launched a revolt against its owner: New York-based hedge fund Alden Global Capital. On Sunday, The Denver Post’s editorial board published a lead editorial headlined “As vultures circle, The Denver Post must be saved.” Alden Global Capital is the parent company of Digital First Media, one of the country’s largest newspaper chains. Since 2010, Digital First Media has slashed budgets and staff at newspapers across the country, including the Oakland Tribune, The San Jose Mercury News and the St. Paul Pioneer Press. Alden Global Capital is backed by founder and chief of investments Randall Smith and president Heath Freeman. Both are known on Wall Street as vulture capitalists who make their money investing in distressed businesses and selling them off.