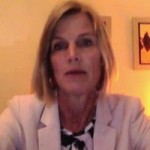 As movie mogul Harvey Weinstein is fired by his own company and more women come forward accusing him harassment, sexual assault and rape, Tomi-Ann Roberts, professor of psychology at Colorado College, talks about her “petrifying” encounter with Harvey Weinstein in 1984, when she was an aspiring actress.

NBC Reportedly Axed the Harvey Weinstein Story as Hollywood Made Rape Survivors the Butt of Jokes
As part of a roundtable discussion on the rape and sexual assault allegations against disgraced and now-fired movie producer Harvey Weinstein, journalist Irin Carmon, who wrote an essay titled “Women shouldn’t trust the men who call themselves allies,” offers her views.