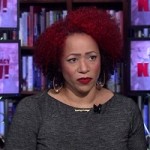 The New York Times is reporting the Justice Department is preparing to investigate universities’ affirmative action policies for anti-white bias, in what critics say is the latest assault against civil rights by Attorney General Jeff Sessions.

Nikole Hannah-Jones on DOJ’s Attack on Affirmative Action & How School Segregation Never Ended
The New York Times is reporting the Justice Department is preparing to investigate universities’ affirmative action policies for anti-white bias, in what critics say is the latest assault against civil rights by Attorney General Jeff Sessions. The Times says the Justice Department sent out an internal announcement looking for lawyers to lead “investigations and possible litigation related to intentional race-based discrimination in college and university admissions.” The Supreme Court has upheld the constitutionality of affirmative action policies, which take race and ethnicity into account in college admissions in efforts to address centuries of institutionalized discrimination against people of color and women.

“Cruel & Inhumane”: Rep. Pramila Jayapal on Trump Push to Slash Legal Immigration
Donald Trump on Wednesday embraced a proposal to slash the number of legal immigrants allowed into the U.S. by 50 percent over 10 years in what would be the biggest overhaul of immigration law in over half a century. The RAISE Act, or Reforming American Immigration for Strong Employment, would create a so-called merit-based immigration system that would favor applicants who speak English, have advanced degrees or can demonstrate job skills.

Trump Considers Prolonging Afghan War to Secure $1 Trillion in Untapped Mineral Deposits
On Wednesday, two U.S. soldiers died in Afghanistan after a suicide car bomber rammed a NATO-led convoy near a major U.S. base in Kandahar. The attack came a day after at least 33 worshipers died when suicide bombers attacked a Shiite mosque in the city of Herat. The self-proclaimed Islamic State claimed responsibility for the attack. The latest round of violence comes as The New York Times reports that Trump may have found a reason to prolong the nearly 16-year-old war: Afghanistan’s untapped mineral deposits, which could be worth nearly $1 trillion. Trump reportedly discussed Afghanistan’s vast deposits of minerals with Afghan President Ashraf Ghani and is considering sending an envoy to Afghanistan to meet with mining officials.