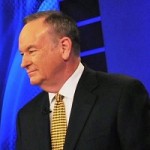 First Roger Ailes, Now Bill O’Reilly: Sexual Harassment Scandal Ousts Top Men at Fox News
The longtime Fox News star Bill O’Reilly is out, after more than half a dozen women accused him of sexual harassment. His departure follows the similar ouster of longtime powerful Fox News CEO Roger Ailes, who was also forced out this past summer after more than 20 women accused him of sexual harassment. Over 50 advertisers boycotted “The O’Reilly Factor” over revelations O’Reilly and Fox paid $13 million to settle lawsuits by five women who accuse O’Reilly of sexual harassment and inappropriate sexual behavior. Civil rights attorney Lisa Bloom represents three women who have accused Bill O’Reilly of unwanted sexual advances.

Kleptocracy?: How Ivanka Trump & Jared Kushner Personally Profit from Their Roles in the White House
Are Ivanka Trump and Jared Kushner personally profiting from their official roles in the White House? According to the Associated Press, Ivanka Trump secured three new exclusive trademarks in China the very same day she and her father, President Trump, had dinner with Chinese President Xi Jinping at Trump’s private Mar-a-Lago resort in Florida. The China trademarks give her company the exclusive rights to sell Ivanka-branded jewelry, bags and spa services in China. The New York Times reports Japan also approved new trademarks for Ivanka for branded shoes, handbags and clothing in February, and she has trademark applications pending in at least 10 other countries. Ivanka no longer manages her $50 million company, but she continues to own it. Ivanka also serves in the Trump administration as an adviser to the president. So does her husband, Trump’s son-in-law Jared Kushner.

“Biggest Humanitarian Catastrophe Since 2003 Invasion”: Journalist Anand Gopal on Battle for Mosul
According to the group Airwars, at least 1,782 civilians were killed last month in coalition strikes. The civilian death toll could be as high as nearly 3,500. The battle for the Iraqi city of Mosul is now in its seventh month. The United Nations is warning the city is facing a humanitarian catastrophe, perhaps the worst in the entire conflict. More than 400,000 people are trapped in parts of the city still under control of the Islamic State. Meanwhile in Syria, Human Rights Watch has concluded the U.S. did in fact bomb a mosque last month, killing at least 38 people. The Pentagon claimed the drone strike on March 16 targeted a meeting of al-Qaeda members, but Human Rights Watch has concluded the victims were civilians who had gathered to pray. Human Rights Watch said it found no evidence that al-Qaeda or any other armed group was meeting in the mosque.