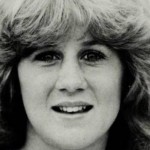 Dr. Christine Blasey Ford has come forward to accuse President Trump’s Supreme Court nominee Brett Kavanaugh of attempted rape, throwing his nomination into question in the days before the Senate judiciary committee is expected to vote on it.

As Blasey Ford Alleges Kavanaugh Assaulted Her, Will Senate Repeat Mistakes Made with Anita Hill?
Dr. Christine Blasey Ford has come forward to accuse President Trump’s Supreme Court nominee Brett Kavanaugh of attempted rape, throwing his nomination into question in the days before the Senate judiciary committee is expected to vote on it. Blasey Ford is a professor at Palo Alto University in California, and says Kavanaugh sexually assaulted her when they were both in high school. She at first expected her story to be kept confidential, but changed her mind after it leaked. She now says she is willing to testify about her experience. In an interview published Sunday by the Washington Post, Ford said in the early 1980s, Kavanaugh and a friend were “stumbling drunk” when they pushed her into a bedroom. The Post reports that “while his friend watched, she said, Kavanaugh pinned her to a bed on her back and groped her over her clothes, grinding his body against hers and clumsily attempting to pull off her one-piece bathing suit and the clothing she wore over it. When she tried to scream, she said, he put his hand over her mouth.” Dahlia Lithwick responds, senior editor at Slate.com, whose latest piece is headlined “Our System Is Too Broken to Assess the Sexual Assault Claim Against Kavanaugh.”

Facebook Censors a ThinkProgress Story on Kavanaugh After a Conservative Site Calls it “Fake News”
Last week, ThinkProgress published a report by Senior Fellow Ian Millhiser headlined “Brett Kavanaugh said he would kill Roe v. Wade last week and almost no one noticed.” But then a Facebook fact-checker with the conservative outlet the Weekly Standard declared it “fake news,” leading the piece to be targeted and demoted by the social media site. The Intercept then re-published Millhiser’s piece, with editor-in-chief Betsy Reed writing, “The story was effectively nuked from Facebook, with other outlets threatened with traffic and monetary consequences if they shared it.” Ian Millhiser is a senior fellow at the Center for American Progress Action Fund and the justice editor for ThinkProgress.

Will Kavanaugh Overturn Roe v. Wade? SCOTUS Nominee’s Confirmation Is About “Life and Death for Women”
As news of sexual assault allegations against Supreme Court Brett Kavanaugh breaks, his stance on Roe v. Wade is also under scrutiny. The New York Times reports that it received several leaked documents ahead of Kavanaugh’s confirmation hearings earlier this month, including an email in which Kavanaugh questioned the accuracy of calling Roe v. Wade the “settled law of the land.” With Dahlia Lithwick, senior editor at Slate.com; and Ian Millhiser, a senior fellow at the Center for American Progress Action Fund and the justice editor of ThinkProgress.

Botham Jean’s Family: Are Dallas Police Smearing His Reputation to Protect Officer Who Killed Him?
Protests continue in Dallas after the shooting and killing of a 26-year-old black man in his own apartment by a white Dallas police officer. Police officer Amber Guyger has been charged with manslaughter after she entered Botham Shem Jean’s apartment about two weeks ago and opened fire, killing him. Police claim she believed it to be her apartment. Questions are growing over why there was a three-day delay in charging Guyger and how she failed to know she was not in her own apartment when she killed Jean. Jean’s family is also criticizing police for issuing and making public information from a search warrant on Jean’s apartment. Lee Merritt, a civil rights attorney who is representing the family of Botham Jean, and says police are trying to smear Jean to shield their officer from punishment. “It took (Jean) being killed by a Dallas police officer for him to become a criminal,” Merritt notes.