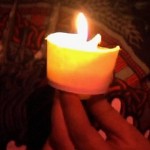 Today’s show begins with Sunday’s mass shooting at the First Baptist Church in Sutherland Springs, a tiny rural community east of San Antonio, Texas, which killed 26 people and wounded 20 more. The suspected shooter has been identified as a 26-year-old named Devin Patrick Kelley.

Suspect in Texas Church Massacre was Thrown Out of Air Force & Jailed for Assaulting Wife & Child
Today’s show begins with Sunday’s mass shooting at the First Baptist Church in Sutherland Springs, a tiny rural community east of San Antonio, Texas, which killed 26 people and wounded 20 more. The suspected shooter has been identified as a 26-year-old named Devin Patrick Kelley from New Braunfels, Texas. Kelley enlisted in the U.S. Air Force in 2010. In 2012, he was court-martialed for assaulting his wife and child, leading to a year-long imprisonment and a “bad conduct” discharge in 2014. The “bad conduct” discharge—versus a “dishonorable discharge”—meant Kelley was still eligible to buy firearms legally.

Texans Decry “Extremist” Gun Lobby & Inadequate Background Checks After Mass Shooting Kills 26
On Sunday, suspected shooter Devin Patrick Kelley walked into the First Baptist Church in Sutherland Springs, Texas, wearing a ballistic vest and carrying a Ruger AR-556 assault-style rifle and opened fire, killing at least 26 people and wounding at least 20 more. Among the victims was a pregnant woman, the 14-year-old daughter of the church’s pastor and other children as young as five years old. In April 2016, Kelley purchased the Ruger AR-556 rifle at an Academy Sports + Outdoors store in San Antonio, Texas, despite having been court-martialed and jailed for a year for assaulting his wife and child. In filling out the background check paperwork, Kelley indicated he did not have a criminal history that disqualified him from purchasing the firearm.

After Texas Massacre, Drexel Prof. Asks: “What Makes White Men So Prone to This Kind of Behavior?”
Sunday’s shooting in Sutherland Springs, Texas, was the deadliest mass shooting in Texas state history. It comes only a month after the shooting massacre in Las Vegas, where another white man, Stephen Paddock, opened fire on concertgoers, killing 59 people, including himself. The majority of mass shootings are carried out by white men. George Ciccariello-Maher is political science professor at Drexel University and the author of “Decolonizing Dialectics.” He was banned from campus after questioning why mass shootings in the United States are almost always carried out by white men.

Why Did Media Overlook Sept. Shooting in Plano, Texas When Estranged Husband Killed Wife & 7 Others?
While Sunday’s shooting in Sutherland Springs, Texas, has received wall-to-wall media coverage, there was another mass shooting in Texas in September that received far less attention. In Plano, Texas, a man allegedly killed his estranged wife and her friends in what appears to be the deadliest incident of domestic violence in the town’s history. Twenty-seven-year-old Meredith Hight was watching the Cowboys football game with a group of friends and family when her estranged husband reportedly entered her house and opened fire, killing her and seven other adults. The shooter was killed by police. Local news reports Hight had filed for divorce in July. Hight’s mother said her daughter “loved hosting friends and families. This was her first opportunity to do it after the divorce, and he didn’t take it well.”

Paradise Papers: Millions of Leaked Docs Reveal Shady Ties & Tax Evasion by Trump’s Inner Circle
This weekend, a slew of 13.4 million leaked documents revealed how the world’s richest men stash away billions of dollars in wealth in offshore tax havens. The revelations, known as the Paradise Papers, implicate more than a dozen of President Trump’s Cabinet members, advisers and major donors. The 13.4 million leaked documents also reveal how millions of pounds of the British queen’s private estate were hidden in an offshore fund based in the Cayman Islands, and how the senior adviser to Canadian Prime Minister Justin Trudeau helped funnel millions of dollars to offshore tax havens. Frederik Obermaier is co-author of the Paradise Papers. He is an investigative reporter at Germany’s leading newspaper, Süddeutsche Zeitung. Obermaier also worked on a separate investigation, the Panama Papers, and is co-author of the book “Panama Papers: The Story of a Worldwide Revelation.”