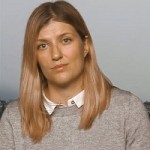 A treaty intended to limit the United States and Russia’s long-range nuclear arsenals officially takes effect today. But the once-promising treaty, signed eight years ago by President Obama, is overshadowed by a new nuclear arms race sparked by President Trump.

As Paul Ryan Touts a Secretary’s $1.50 Weekly Pay Hike, Koch Bros. Reap $1.4B from GOP Tax Plan
This weekend, House Speaker Paul Ryan touted a story of a woman whose paycheck increased by $1.50 cents a week as a major benefit to middle-class workers. On Saturday, Ryan tweeted a link to an Associated Press report, writing, “A secretary at a public high school in Lancaster, Pennsylvania, said she was pleasantly surprised her pay went up $1.50 a week … she said [that] will more than cover her Costco membership for the year.” After a deluge of ridicule and outrage, Ryan deleted the tweet hours later.

17 Arrested Outside Super Bowl, Capping NFL Season of Racial Justice Protests On and Off Field
The Philadelphia Eagles stunned the sports world by beating the New England Patriots Sunday night in Minneapolis with a 41-to-33 win in Super Bowl LII, the first-ever title for the Eagles. The game capped a historic season for the National Football League, in which African-American players staged league-wide protests against racial injustice and police brutality by taking the knee during the national anthem before games. Meanwhile, Patriots wide receiver Brandin Cooks was knocked out on the field and left the game with a concussion on Sunday.