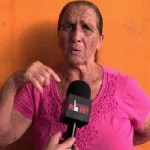 In Puerto Rico’s Highlands, Hurricane Maria Has Exploded Fault Lines of Poverty & Austerity
Six weeks after Hurricane Maria devastated Puerto Rico, millions of residents are still living without safe drinking water and electricity. Health experts say the storm’s massive damage to Puerto Rico’s water system is threatening to cause a public health crisis, as more and more people are exposed to contaminated water. Over the weekend, Democracy Now! was in Puerto Rico, and we traveled about three hours into Puerto Rico’s mountainous highland region in the interior of the island in order to look at the ways austerity has exacerbated the crisis caused by Hurricane Maria.

Economist Yanis Varoufakis: Puerto Ricans Deserve an Escape from “Permanent Debt Prison”
As the White House finally agrees to release FEMA disaster aid with more flexibility to try to help rebuild Puerto Rico’s devastated power grid and other infrastructure, Yanis Varoufakis, former Greek finance minister, speaks about the history of the island’s debt crisis and what to do as it recovers from Hurricane Maria.

Yanis Varoufakis on Global Capitalism & How Trump’s Tax Plan is Class War Against the Poor
President Trump and House Republicans have unveiled their long-promised proposal to reform America’s tax code, with Trump calling it a “big, beautiful Christmas present” for the American people. Critics say the gift is a tax cut for the richest Americans. Economist and former Greek Finance Minister Yanis Varoufakis argues, “It’s an out-and-out class war waged against the poorest, the weakest, the disenfranchised—the very same people that Donald Trump appealed to in order to get elected.”

Greek Economist Yanis Varoufakis on Nazi Resurgence in Europe & Why ”ISIS Loves Donald Trump”
Yanis Varoufakis discusses the rise of the far-right Golden Dawn party in Greece and how their policies “have infiltrated the mainstream” in European politics, including anti-immigrant measures similar to those proposed by Trump. Varoufakis says Trump’s vow to crack down on immigration after the attack in New York City will only inspire more attacks, noting that ”ISIS loves Donald Trump.”