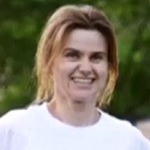 A rising star in the British Parliament died Thursday when she was stabbed and shot in her district. Jo Cox was a 41-year-old mother of two who worked at Oxfam before being elected as a Labour MP last year. She was known for her passionate support for Syrian refugees and was a member of Labour Friends of Palestine.

Last chance to join Eric’s exciting new class, The Astrology of Now, which is happening tomorrow, Saturday, June 18, at 12 noon. You may sign up here. Write to cs@planetwaves.net if you need a discount. 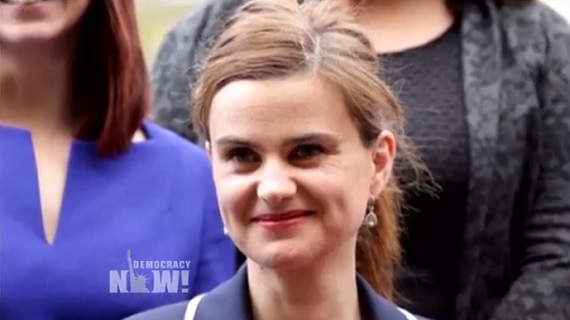 Labour MP Jo Cox, who was murdered yesterday at the age of 41. Image: video still

Britain is in a state of mourning after a rising star in the British Parliament died Thursday when she was stabbed and shot in her district. Jo Cox was a 41-year-old mother of two who worked at Oxfam before being elected as a Labour MP last year. She was known for her passionate support for Syrian refugees and was a member of Labour Friends of Palestine.

Her death comes just a week before the major Brexit vote—when British voters will decide whether the country should stay in the European Union. Cox was a vocal advocate for Britain to stay in the EU. During the attack, eyewitnesses said, her assassin, Thomas Mair, shouted “Britain first”—a possible reference to the far-right, anti-immigrant political party of the same name which is pushing for Britain to leave the EU.

Amy and Juan spoke to Richard Cohen, president of the Southern Poverty Law Center, which has revealed that Mair is a longtime supporter of the neo-Nazi National Alliance. He notes Mair’s attack comes on the first anniversary of when self-declared white supremacist Dylann Roof murdered nine people in the historic Emanuel AME Church in Charleston, South Carolina.

Democratic presidential candidate Bernie Sanders addressed supporters in a live webcast Thursday night and vowed to continue what he called his political revolution. He did not endorse former Secretary of State Hillary Clinton, but said he will work with her to defeat the presumptive Republican nominee Donald Trump.

Thousands plan to attend a People’s Summit in Chicago to discuss the next steps of Sanders’ revolution. They include RoseAnn DeMoro, head of National Nurses United, the first national union to back Sanders last year. Sanders recently tried to place her on the Democratic platform committee, but said he was blocked by the Democratic National Committee.

There has been a major break in the decade-long fight to unveil records related to the New York City Police Department’s surveillance of political organizations in the 1960s and 1970s. In recent years, the NYPD has come under fire for spying on Muslim communities and the Occupy Wall Street movement. But decades ago, the NYPD spied extensively on political organizations, including the Young Lords, a radical group founded by Puerto Ricans modeled on the Black Panther Party.

The Young Lords staged their first action in July 1969 in an effort to force the City of New York to increase garbage pickups in East Harlem. They would go on to inspire activists around the country as they occupied churches and hospitals in an attempt to open the spaces to community projects. Among their leaders was Democracy Now! co-host Juan González.

Shocking new details have been made public about the CIA’s torture program as the agency has declassified dozens of once-secret documents. A portion of the new documents deal with a prisoner named Gul Rahman, who froze to death at a secret CIA prison in 2002. Rahman’s family is now suing CIA-contracted psychologists James Mitchell and John “Bruce” Jessen, who helped design the U.S. torture program.

The new records also show a prisoner who was waterboarded 83 times was likely willing to cooperate with interrogators before the torture. The account from medical personnel who helped with the first waterboarding of Abu Zubaydah deals a major blow to the CIA’s insistence it gained crucial information through torture. Zubaydah said he made up fake terrorist plots in order to stop the abuse.

Another partially declassified document reveals President Bush was uneasy about what the agency was doing. One 2006 memo read, “The president was concerned about the image of a detainee, chained to the ceiling, clothed in a diaper and forced to go to the bathroom on themselves.”