France: Police Fatally Shoot Man Accused of Attacking Police Station. We are honored to offer this broadcast as part of our affiliation with the Pacifica Network.

In France, police officers have shot and killed a man who was allegedly trying to attack a police station in northern Paris Thursday, on the first anniversary of the Charlie Hebdo attacks. French authorities say the man lunged at officers with a meat cleaver as he yelled “Allahu Akbar.” The attempted attack prompted the closing of schools, shops and nearby streets. Authorities say they cannot yet confirm the man’s identity. Paris Prosecutor François Molins spoke out. 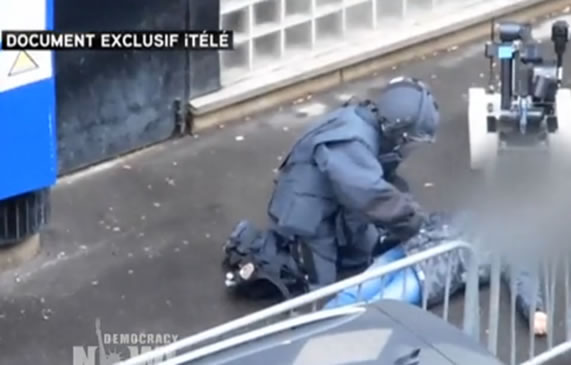