Treasury Secretary Jack Lew has announced that Harriet Tubman will be featured on the new $20 bill. The decision has drawn criticism as possibly tainting her legacy. 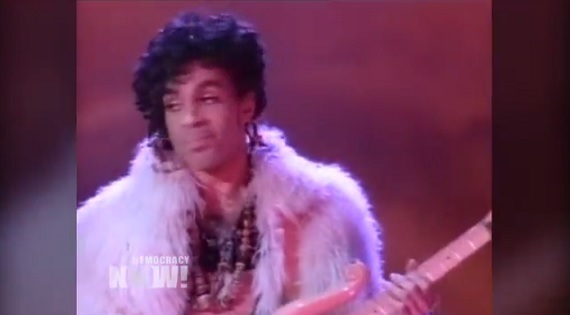 U.S. Treasury Secretary Jack Lew has announced that Harriet Tubman will be featured on the new $20 bill, replacing Andrew Jackson. But in fact, Jackson will not be removed entirely — simply moved to the back of the bill — and some have criticized the decision. Feminista Jones wrote in 2015: “If having Harriet Tubman’s face on the $20 bill was going to improve women’s access to said bill, I’d be all for it. But instead, it only promises to distort Tubman’s legacy … [which] is rooted in resisting the foundation of American capitalism.”

Steven Thrasher, who has written an article on why placing Harriet on the bill would be an insult to her, suggested the move risks “papering over her true legacy.” Denver professor Winston Grady-Willis, however, argued that “having Tubman as the face on the $20 bill actually provides an opportunity for a number of us to go beyond an elementary school narrative and discussion of her life and legacy.”

Today’s show also looks at the life of Prince, who died yesterday at 57; Steven Thrasher and Winston Grady-Willis share their thoughts and memories. (Thrasher’s obituary is here.) Then Amy speaks to Wanda James, CEO of the Denver-based cannabis dispensary Simply Pure. She is the first African-American woman in Colorado to own a cannabis dispensary. She described the level of white male domination in the cannabis industry:

It’s almost nonexistent for black women. There are few to none. I’ve asked the question many, many times of how many black women actually own dispensaries, and I can’t seem to get that answer. So, it is an extremely limited number. However, women in this industry are coming full circle. We’ve seen about 36 percent of the management positions in this industry are women. We’ve got probably about a 20 to 22 percent ownership in this industry, or in Colorado, of women-owned businesses in the marijuana industry.

Finally, as the world marks Earth Day, more than 60 heads of state meet at the United Nations headquarters to sign the Paris climate agreement aimed at slowing climate change. Many countries still need to formally approve the agreement, which will only enter into force when it is ratified by 55 nations that account for 55 percent of man-made greenhouse gas emissions. Experts say the cuts promised in the deal are insufficient to avert dangerous global warming. This comes as Gulf Coast communities marked the sixth anniversary of the BP oil spill by demanding no new drilling.