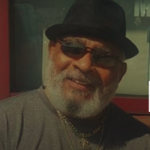 Just days before a domestic terrorist entered a Pittsburgh synagogue and shot 11 worshipers dead, a white man gunned down two elderly African-American customers at a Kentucky grocery store Wednesday in what many are calling a hate crime.

Lost in a Week of Hateful Violence, a White Man Killed Two Black Shoppers at a Kentucky Supermarket
Just days before a domestic terrorist entered a Pittsburgh synagogue and shot 11 worshipers dead, a white man gunned down two elderly African-American customers at a Kentucky grocery store Wednesday in what many are calling a hate crime. Fifty-one-year-old Gregory Bush opened fire and killed Maurice Stallard and Vickie Lee Jones at a Kroger supermarket in Jeffersontown, Kentucky, shortly after trying to enter a predominantly black church. Bush reportedly then told an armed bystander that “whites don’t kill whites.” As the community mourns, Kentucky Rep. Attica Scott and Reverend Vincent James, chief of community building for the city of Louisville and pastor of Elim Baptist Church are interviewed.

How White Supremacist Ideology & Conspiracies Have Fueled U.S. Domestic Terror & Hateful Violence
Domestic terror swept the country last week, when a white gunman stormed a peaceful synagogue in Pittsburgh, killing 11 peaceful worshipers in what has been described as the deadliest anti-Semitic attack in U.S. history. The attack came a day after an avid Trump supporter in Florida was arrested and charged with mailing bombs to more than a dozen of the president’s prominent critics, and three days after a white gunman fatally shot two African Americans at a grocery store shortly after trying and failing to enter a black church. Lois Beckett, a senior reporter for The Guardian covering gun policy, criminal justice and the far right in the United States is interviewed. “The shooter in Pittsburgh was not just anti-Semitic,” Beckett says. “He had been radicalized by white supremacist ideology.”

“We Stand with You”: HIAS Responds to Synagogue Massacre with Message of Hope for Refugees
Shortly before gunman Robert Bowers opened fire at the Tree of Life synagogue in Pittsburgh, killing 11 worshipers, he attacked a Jewish organization with a history of aiding millions of refugees: HIAS. Bowers wrote on a far-right social media site, ”HIAS likes to bring invaders in that kill our people. I can’t sit by and watch my people get slaughtered. Screw your optics, I’m going in.” Melanie Nezer is the senior vice president for public affairs for HIAS, formerly known as the Hebrew Immigrant Aid Society. HIAS has provided assistance to refugees for more than 130 years.

Order Eric’s Autumn Reading, which covers Venus retrograde and beyond, and comprises all 12 signs. This will give you crucial insight into your Sun and rising signs, plus those of your closest partners, friends, family members and prospective lovers. Each sign is 40 to 45 minutes long, and the set comes with a video introduction. You may order here, or call us at (845) 481-5616.