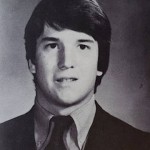 As the FBI presses forward with a limited investigation into allegations against Supreme Court nominee Brett Kavanaugh, a group of alumni from his all-male high school Georgetown Prep are calling for graduates to come forward if they have information about sexual assaults committed by their former classmate.

Kavanaugh Schoolmate Urges Georgetown Prep Grads to Break Silence on Sexual Assault, Party Culture
As the FBI presses forward with a limited investigation into allegations against Supreme Court nominee Brett Kavanaugh, a group of alumni from his all-male high school Georgetown Prep are calling for graduates to come forward if they have information about sexual assaults committed by their former classmate. In 2015, Kavanaugh told an audience at Catholic University’s Columbus School of Law that “What happens at Georgetown Prep stays at Georgetown Prep.” But the petition implores graduates of the elite prep school, “Please do not remain silent, even if speaking out comes at some personal cost.” Bill Barbot was a freshman at Georgetown Prep when Brett Kavanaugh was a senior. Barbot co-authored a petition calling on fellow graduates to come forward if they have information about any sexual assaults possibly committed by the Supreme Court nominee.

ACLU Formally Opposes Kavanaugh, Citing Credible Sexual Assault Allegations & Partisan Temperament
The American Civil Liberties Union has come out against the confirmation of Judge Brett Kavanaugh to the Supreme Court. It is only the fourth time in the organization’s 98-year history that its national board of directors has voted to oppose a Supreme Court nominee. ACLU President Susan Herman said in a statement, “As a nonpartisan organization, the ACLU does not oppose Judge Kavanaugh based on predictions about how he would vote as a Justice. We oppose him in light of the credible allegations of sexual assault against him.” The ACLU has now launched a $1 million ad campaign across four states urging key swing-vote senators to vote against Kavanaugh’s confirmation. Louise Melling is the deputy legal director at the ACLU and director of its Center for Liberty.

Trump Admin Sends 1,600 Kids to Texas Tent City as Number of Detained Children Hits Record High
The Trump administration is transferring detained migrant children from shelters across the country to a barren tent city in West Texas. The New York Times reports that hundreds of children are being sent each week from shelters to the tent city, which currently houses 1,600 children. The facility reportedly has no school, and children have only limited access to legal services. The U.S. government is now detaining a record 13,000 migrant children. Louise Melling is deputy legal director at the ACLU, who says, “We have more children in detention now than ever before.”

What Does Trump’s “New NAFTA” Trade Deal Signal for Workers, Corporate Power & the Environment?
The United States and Canada have reached a tentative agreement to save NAFTA, the North American Free Trade Agreement, with a new trilateral deal that will be known as the United States-Mexico-Canada Agreement. The Trump administration is touting the agreement as a victory for American dairy farmers, since Canada has agreed to open part of its dairy market to U.S. imports. But the Trans-Pacific Partnership, which Trump withdrew from last year, would have provided the same opening. The new deal does not resolve a dispute over U.S. tariffs on Canada’s steel and aluminum exports. The proposed deal must now be ratified by lawmakers in the three countries. Lori Wallach is the director of Public Citizen’s Global Trade Watch and author of “The Rise and Fall of Fast Track Trade Authority.”