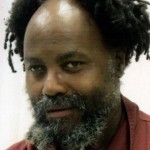 Former Black Panther and award-winning journalist Mumia Abu-Jamal was convicted of the 1981 murder of Philadelphia police officer Daniel Faulkner but has always maintained his innocence. On Thursday, a Philadelphia judge ruled Abu-Jamal can reargue his appeal in the case before the Pennsylvania Supreme Court.

A Path to Freedom? Journalist Mumia Abu-Jamal Wins Chance to Reargue Appeal in 1981 Police Killing
Former Black Panther and award-winning journalist Mumia Abu-Jamal was convicted of the 1981 murder of Philadelphia police officer Daniel Faulkner but has always maintained his innocence. On Thursday, a Philadelphia judge ruled Abu-Jamal can reargue his appeal in the case before the Pennsylvania Supreme Court. The judge cited then-Chief Justice Ronald Castille’s failure to recuse himself from the case due to his prior role as Philadelphia district attorney when Abu-Jamal was appealing. DemocracyNow! gets an update from Johanna Fernández, professor of history at Baruch College-CUNY and one of the coordinators of the Campaign to Bring Mumia Home. She has been in the courtroom for much of this case and is the editor of “Writing on the Wall: Selected Prison Writings of Mumia Abu-Jamal.”

Bring the Troops Home & Stop the Bombing: Medea Benjamin on U.S. Withdrawal from Syria & Afghanistan
As President Donald Trump makes a surprise visit to Iraq this week and defends his plans to withdraw all U.S. troops from Syria and about half the nearly 7,000 U.S. troops in Afghanistan, DemocracyNow! gets a response from leading antiwar activist Medea Benjamin, co-founder of CodePink. “We want to challenge Donald Trump … by pointing out that he continues to support the war in Yemen and the repressive Saudi regime,” Benjamin says. Her recent piece for Salon.com is titled “Bring the troops home—but stop the bombing too.”

Documentary on Impact of Vietnam War Recalls Responsibility to Stand Up & Say No to War
“The War at Home,” a landmark documentary about antiwar protests in the 1960s and ’70s in Madison, Wisconsin, has just been re-released nationwide. Co-director Glenn Silber is a two-time Academy Award nominee, and is interviewed about the making of the film and why he argues now is an important time to revisit the responsibility to stand up and say no to war.