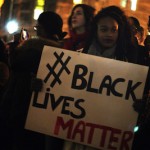 Avital Norman Nathman, writing on the website MaximumMiddleAge.com, offers some ideas about how we can go beyond posting sad or outraged status updates on social media in the face of police brutality toward people of color (POC).

Editor’s Note: the following originally appeared on the website maximummiddleage.com on July 7. I’m curious to hear readers’ thoughts about these tips, and whether there’s anything you’d add. — Amanda P.

In the past 24 hours, two Black men have been brutally murdered by police. The first, Alton Sterling, was held down and shot multiple times for selling CDs (with permission from the store owner) outside of a local shop. The second, Philando Castile was stopped for a busted taillight and when reaching for his license (which he stated he was doing) had his arm shot off by an officer and subsequently died of his injuries. 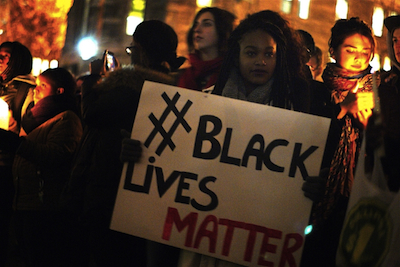 THIS HAS TO STOP. BLACK LIVES MATTER.

But what can we do?

As white folks and allies we can do a lot beyond posting sad or outraged status updates on social media. Here are some real world, concrete ways you can show that you understand that Black lives are important and that you won’t stand for them to be taken away in this manner anymore.

Many of the folks murdered leave behind families that could really use our help right about now. Put your money where your sad face emoji is and donate to these verified crowdfunding pages:

People of color should not be expected to do the work on this. No educating. No explaining. No telling folks not to bring racism to their page. A break is sorely needed. So step up and be an actual ally. Come collect other white folks who are mouthing off when they have no place or right to be doing so. Educate them. Shut them down. Whatever needs to be done.

YOU be the one to post links about racial bias in the judicial system or within the police. You explain why “All Lives Matter” is bullshit.

At the same time, it is your duty to make your space a safe and welcoming one for your friends and family of color. Sure, you might engage with someone in hopes of changing their mind, but do not willfully expose others to hurtful words or blatant racism. Use the block button as it was intended.

Those videos going around? Showing the murder of Alton Sterling or Philando Castile? Watch them. Bear witness to their murders. But please, do not post auto-play links to them on your timelines. POC should choose if they want to view them. However, white folk? We need to watch to understand the fragility of Black lives. So that we can STOP this. But DO NOT watch and then post on your page looking for cookies. Do not fuel the notion of trauma entertainment at the expense of Black lives. But do watch, and do bear witness to these murders. It’s uncomfortable and appalling, but the men who were killed deserve to be acknowledged.

Read and share articles from POC about these murders. Elevate their voices.

Post about them on Facebook or Twitter. Use their names. Use pictures that their family would like you to see, not necessarily the ones that the media is promoting. Remember them as people. As fathers or mothers. As somebody’s child, brother, sister, aunt, or uncle. As a human being. As a Black person worthy of dignity, respect, and their life that was taken from them far too soon.

That’s what we can do.