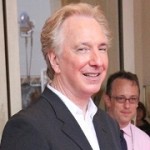 As if the loss of the magnificent David Bowie wasn’t enough, a mere four days later we awoke to the news that British acting legend Alan Rickman has also passed.

As if the loss of the magnificent David Bowie wasn’t enough, a mere four days later we awoke to the news that British acting legend Alan Rickman has also passed. Also at age 69, also of cancer, and also a great shock to many.

The world of film and theater is certainly going to miss that sonorous bass voice, that extraordinary gift evident in his portrayal of heroes and villains both. Action fans will no doubt remember Hans Gruber with fondness, but my own rather specific tastes recall other roles. Colonel Brandon, for example, in Sense and Sensibility; Doctor Lazarus in the hilarious Galaxy Quest; and the brilliantly sarcastic Sheriff of Nottingham, which stole the film and bagged a BAFTA into the bargain. 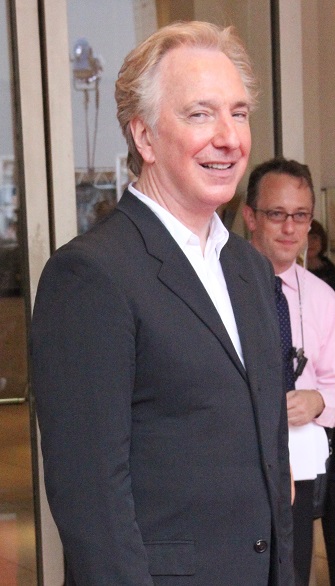 At the premiere of the final Harry Potter film, 2011. Photo by Joella Marano / CC

Then, of course, there was Professor Severus Snape; surely a perfectly turned performance, capturing precisely the haunted, complex character from the Harry Potter novels. Rickman was also known to have mentored the younger actors in that series, as shown in this moving post by Daniel Radcliffe.

What might be less well known includes his involvement in charity, particularly the International Performers’ Aid Trust, and in the play My Name is Rachel Corrie, created from the diaries of the young activist tragically killed in Palestine.

What I remember most in this moment of painful leave-taking is his humour, intelligence, wisdom and kindness. His capacity to fell you with a look or lift you with a word. The intransigence which made him the great artist he was — his ineffable and cynical wit, the clarity with which he saw most things, including me, and the fact that he never spared me the view. I learned a lot from him. He was the finest of actors and directors. I couldn’t wait to see what he was going to do with his face next. I consider myself hugely privileged to have worked with him so many times and to have been directed by him.

He was the ultimate ally. In life, art and politics. I trusted him absolutely. He was, above all things, a rare and unique human being and we shall not see his like again.

Rickman was born on Feb. 21, 1946. His birth time does not appear to have been published; but his Sun is in early Pisces (alongside Venus and Mercury) and his Moon is most likely to be in early Scorpio. With Mars conjunct Saturn in Cancer, this adds up to a lot of Water — emotion, intuition and imaginative ability.

The Cancer pairing specifically (which is also in his solar 5th house, the area of creativity and play) seems to reflect the suppressed intensity characteristic of several of his roles. Watching him on screen, one consistently senses both that watery passion and the fragile shell that masks it, often with an effort. Yet Jupiter in Libra implies a sense of humor, too, both clever and mischievous.

The whole chart really speaks to his versatility, and his ability to inject each role with a touch of greatness. His devotion to his work — both as an actor and as a socially conscious human being who lived his convictions — is evident in this quote:

Actors are agents of change. A film, a piece of theater, a piece of music, or a book can make a difference. It can change the world.

Well, Alan Rickman certainly did that. And his absence is deeply and tangibly felt. Today the world has lost another of its best ambassadors.

10 thoughts on “Call Off Christmas”