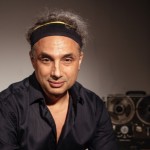 I’ll keep this letter short; I have a couple of thoughts to share with you, as we descend into the political vortex.

The negativity of the vortex we’re looking at will be tempting to slip into. There is so much loose fear flying around that it’s not easy to avoid. The planet is heating up, though it would seem that the social temperature is dropping rapidly. The big chill of fear is upon us. There are many sources of fear, though one of the ones hidden in the background, particularly affecting young people, is rooted in lack of experience in the physical world.

There seems to be this profound anxiety about going off-script that’s taking hold, mingled with palpable urgency to stay in control at all times.

Even many older people, who have some extra worldly experience outside of the digital realm, are clinging to the robotic conditioning of our current environment. This feels like the fear of something actually happening; by which I mean, some actual new experience rather than a mirage of the internet.

At the same time, the middle ground is evaporating — the space between the extremes, the gray area, the region to explore and encounter the unexpected or the happy accident.

This is being called polarization (mostly seen as political) and that’s true in a sense. Being in favor of one thing seems to create the perception of being against everything else. Yet polarizing means that all that’s not polarized either becomes invisible, disappears or is avoided out of seeming necessity. (Compromise is indeed dangerous to the uncompromising.) There is profound wisdom in conscious insecurity, in not knowing, in peaceful uncertainty — and that is being crushed to powder.

What is driving all of this mania we’re witnessing?

My take is that the entire political situation, and the social situation, is being driven by potent, toxic anger. For one thing, it’s what all the gun mania is about. This anger I’m describing has many ingredients, and it’s been building for a long time. Rage at being lied to, rage at lack of fulfillment, rage at not having a moment to rest, rage at all the control we’re subjected to, rage at not being able to find peace within oneself.

Many are angry at all the healing they have not done; at what they want dearly that they’ve put off to the future, only to put it off again; coupled with the sensation of time accelerating or running out. The feeling of, “All this, and for what?”

Then there’s the problem that nobody is allowed to mention, which is how many people suffer from a mix of sexual frustration and not having the love that they want in their lives. Those who have given up might feel anything from resignation to longing and loss — and underneath that (or right at the surface) is likely to be anger.

Sensitive people are angry about all the murder being waged in their name, allegedly for truth and justice. As I describe in my article tonight, the entire last quarter of the U.S. Pluto cycle, from about 1930 onward, has been dominated by nonstop wars, genocide and covert military actions. (And there were plenty before then.) It makes sense to be angry about that. But how does one actually express such anger constructively?

How do we deal with feeling powerless?

One result of not dealing with it is that our entire society seems to be sitting on a volcano of anger like the pressurized magma reservoir beneath Yellowstone. It will drive people to hypocrisy, self-righteousness and into a world of hallucination.

There’s a thin crust over the rage, calcified by everything from the need to act civilized and the need to get by, to suppressed passion, to medication, and the suffocating sensation of either paralysis or no room to explore.

The surface is starting to crack and that anger is bubbling up. That’s what we’re witnessing. That is the indignant lack of civility. Given that our society has few tools available for dealing with anger, other than more shaming and control, we have a collective problem on our hands.

Many people have the individual problem of loved ones whose views make absolutely no sense, who cling to what is patently false, or who refuse to see (or admit) their own racism or toxic self-interest. When you encounter that, just listen for the petulant anger that’s masking over existential rage.

Why do people believe lies? Because they don’t like what’s true.

You can help yourself by being loving, by finding ways to blow off steam or express yourself, by taking care of yourself, and by being kind on a level deeper than politeness. I believe that it’s dangerous to try to change anyone, though your love and your example count. Your thoughtful gestures and compassion touch people’s lives, in that moment and long after. Don’t worry if some don’t seem to care; your presence helps.

Now is the time to use your spiritual training, the years you’ve spent in therapy, and all the self-help books you’ve read and considered in earnest. It’s the time to bear witness and be fearlessly honest. I think that means admitting what you feel, what you need and what you want, even if you cannot do much about that right now.

There are no easy answers. The actual spiritual solution involves facing the inner void, and that takes courage, consciousness and, often, compassionate, competent assistance.

So far as I can see, the most important things you can do are to pay attention, keep your heart open and help whomever you can from where you are. Join with others who are doing the same. Reality is based on a consensus. There are people and events that you simply do not agree with and cannot abide.

There’s a lot you can do for yourself and the world — and you will feel better for getting busy. Find the people you trust and can work with. They’re waiting for you. 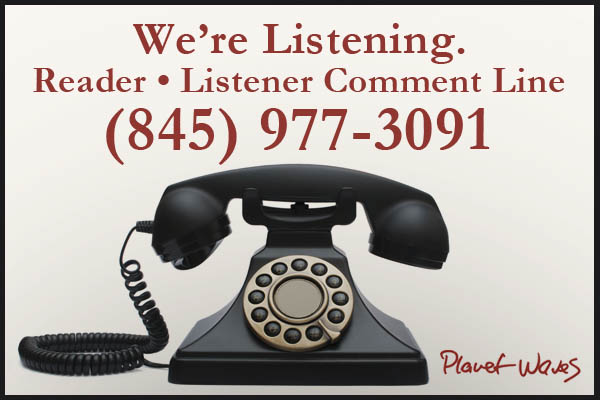 2 thoughts on “About All This Anger and Control Drama”