How long will progressives in the U.S. keep squabbling among themselves? Matt Bors wonders… 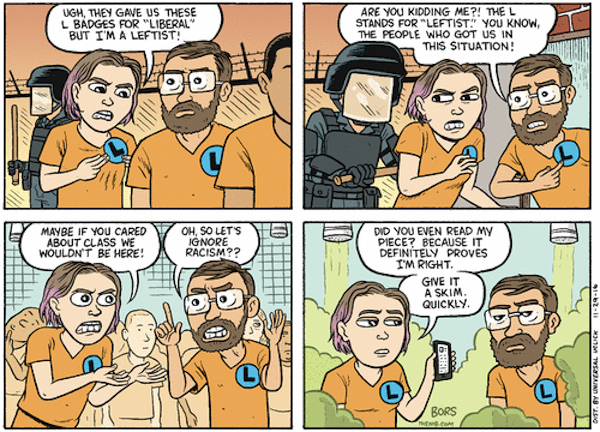 3 thoughts on “While the Left was in-fighting…”