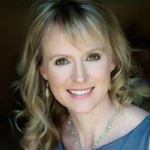 Kristin Luce describes her epiphany that love does not belong to us — something she discovered after a longtime client died, and she realized that the honest, intimate conversation they had shared not only counted as “love,” but that he had shared that love with many others in his life.

Note: This week’s sex-and-relationships post comes from Kristin Luce via elephant journal. You can read the previous article by Kristin that we featured, about the healing potential of deeply intimate sex, here. — Amanda P.

Love Does Not Belong to Us.

Osborn* came to my free, drop-in groups for two years. He was utterly devoted to the truth which was a quality that we shared. Sometimes there were 15 of us, and sometimes it was just me and Osborn. He was utterly reliable. 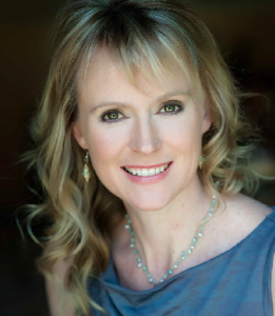 And then—every few months—he would ask me out on a date.

The first time I turned him down we talked about it candidly; I said “no,” and he voiced his experience of feeling rejected. Paradoxically, we found a kind of intimacy in our disconnect, and it became the basis for even more in-depth work. He left that day saying, “I came in expecting surgery, instead I found love.”

My groups ended about two months before his death (though we didn’t know it at the time), and Osborn sent me this email:

“It really feels like everything has changed. One huge piece that’s missing is the self-judgment. I really can’t even find it when I look for it.

So, there’s this lightness now, and a sense of both openness and possibility. Bottom line, for me, is that I’m experiencing myself compassionately. I feel complete. Lesson learned. Left with gratitude. I wanted to offer a testimony to how effective your work is, and to say Thank You.”

A few weeks later he called me to say that he had been diagnosed with leukemia.

We both cried, and for the first time openly admitted to the intense intimacy we had in fact been sharing these past years. When I said “I love you,” it came out simply and sincerely. It was the truth. I had never told a client that I loved him, though I have fallen in love with every one of my clients over the years.

This turned out to be our last conversation. For those 20 minutes we met nakedly, the way people are meant to meet. He was child-like in his simplicity and straightforwardness, and I was touched by his beauty. It was a beauty that had always been there just beneath the surface, palpable but slightly obscured by his passions, fears and ambitions—all now moot in the face of his bleak future.

I regretted that I had ever hidden one inch of my love for him.

I suddenly knew in my bones that what I felt for him was the natural love that I have for everyone, and that everyone has for everyone else—whether we realize it or not. It was, in a sense, impersonal and yet it was also intensely personal. I loved him.

He died a few weeks later, but rather than feeling that he was gone it was more like he had come inside me even more deeply. He began to show up in my dreams, and I felt a bond that can only be compared to the special, profound and exclusive relationship that one has to a beloved.

Today, I sat with about 35 people, many of whom had known Osborn for decades. I was shocked as person after person stood up and spoke to the same intimate experience that I myself had been having with him over the past two years.

At one point a friend joked about Osborn’s famous fantasy. He had been on-line dating to the point that he actually decided to fly to Siberia to be joined with his new and seemingly perfect partner. His friend then asked the mourners, “So, how many people know that story?” and about three quarters of the room raised their hands, including me. Each one of us seemed aghast that he or she was not the only one privy to such knowledge.

Osborn had seemed solitary, but in fact he had been sharing his full depth and details with many others. These people knew him; his quirks, his lusts, his capriciousness, the ferocity of his devotion to the truth—and each was as surprised as the next to find out that they were not the only one. Osborn had been in bed—philosophically, mentally, and spiritually—with many others, while each of us had thought our unique bond was, well, unique.

Death rips a hole in the fabric of our consciousness and, as Leonard Cohen said, “that’s how the light gets in.”

I began to realize that of course everyone here loved Osborn, knew him, and maybe even felt like a secret consort or his best friend. I imagine that if his regular barista or bank teller had been there they might have felt similarly.

And I guess that whoever shows up to my funeral might feel the same way about me.

The truth is that we actually do touch, vulnerably, nakedly and completely, even as we pretend not to. It is especially revealed in two places: great love, and the gaping hole left in the fabric of reality torn open by death.

How could I possibly think that I was the only person who knew Osborn’s depth, heart, and humor? And moreover how could I want to be the only person to be privy to that? I don’t mean this intellectually, or that it would be”wrong” to want to be unique in that role. Rather, it simply doesn’t make sense to my soul. It would be like not wanting my children to have friends.

This great love, the vast kind, wants others to have everything, both more of me and of everyone else.

As I listened to people’s stories at the funeral I was delighted. He had had friends to cheer him on even as he threw golf clubs when he lost a game. He had touched the lives of children whom he mentored in chess classes. And yes, he had had an exquisite rendezvous with a woman in Siberia which I hope surpassed even his wildest fantasies.

Polyamory means “to love many.” Except for sex, Osborn was very much polyamorous. He shared himself with many people, and not just superficially. He was also loved by many, and not superficially.

What surprised me today was that I am polyamorous too—I just hadn’t known it before. I realized that I loved him far more deeply than I had thought, and sitting in that room with his ashes it seemed patently obvious that I loved a whole lot more people in my life just as deeply.

And what about sex?

When we think of polyamory, most of us think about multiple sexual partners. I found with Osborn that uncovering truth was our work together—it was simply not a sexual context—but that didn’t preclude there being an intense love between us.

I can only surmise that by fully opening to others the truth of those relationships will be revealed too, sexual or not.

Admitting to the love between us as humans opens the possibility that shared connection—whether it be intellectual, emotional, spiritual, sexual, or some combination of all of them—is actually just normal. And further, that we are not in control of the form that that connection will take.

The connection may be a sexual one—and it may arise with more than one person, much like I enjoy having a glass of wine and a good conversation with different people. So far, for me, it seems that I am polyamorous and monogamous, that is, loving many and being sexual with just one. But who knows what might happen? Love is endlessly mysterious.

What Osborn taught me was that our level of connection is not really up to us, that love does not belong to us.

We can block it at best and pretend, but that just denies reality, which is a stance that always costs us. He shared his whole heart with me, and I was delighted to discover that he had shared himself that fully with others as well. His openness raises the corollary question: why is it so threatening when our lover shares himself that fully with others? But that is a topic for another time.

In a way, my love for him wasn’t particularly special. It’s more that the actual love that we all have for one another, underneath the pretense of social roles, is always special. Humans can’t help but to love—at best we can only pretend not to. And then one has to ask: why would we ever want to do that?

* Note that the name has been changed for confidentiality, though to be honest I don’t think he would have minded.

Kristin Luce is slowly going sane by using her actual life and relationships to wake up. Her quest for truth has led her through a B.A. in Philosophy, an M.A. in Buddhist Psychology, intensive retreat practice, certification as a Meditation Instructor, two life-changing relationships and two life-changing kids. She now provides in-depth coaching for individuals and couples who want profound and dramatic transformation. An avid writer, she has been featured in such publications as Mothering Magazine and The Buddhadharma, and is a regular contributor to elephant journal. Friend her on Facebook, Twitter, her website or contact her at info@kristinluce.com.

17 thoughts on “What a Funeral Taught Me About Polyamory”