Is anyone else actually paying attention to the infinite War on Terror being waged by the U.S. — besides Planet Waves and cartoonist Matt Bors? 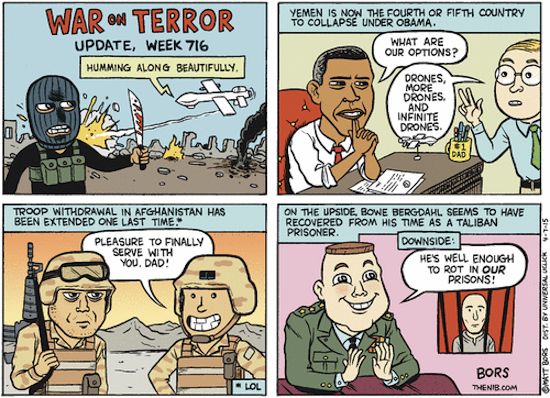