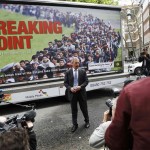 True to Uranus-Eris and the age of the internet, it would seem quite a few of my fellow Brits sleep-voted on Thursday. Certainly the morning-after regrets are bitter as we all wake up to the nightmare that is Brexit.

True to Uranus-Eris and the age of the internet, it would seem quite a few of my fellow Brits sleep-voted on Thursday. Certainly the morning-after regrets are bitter as we all wake up to the nightmare that is Brexit. 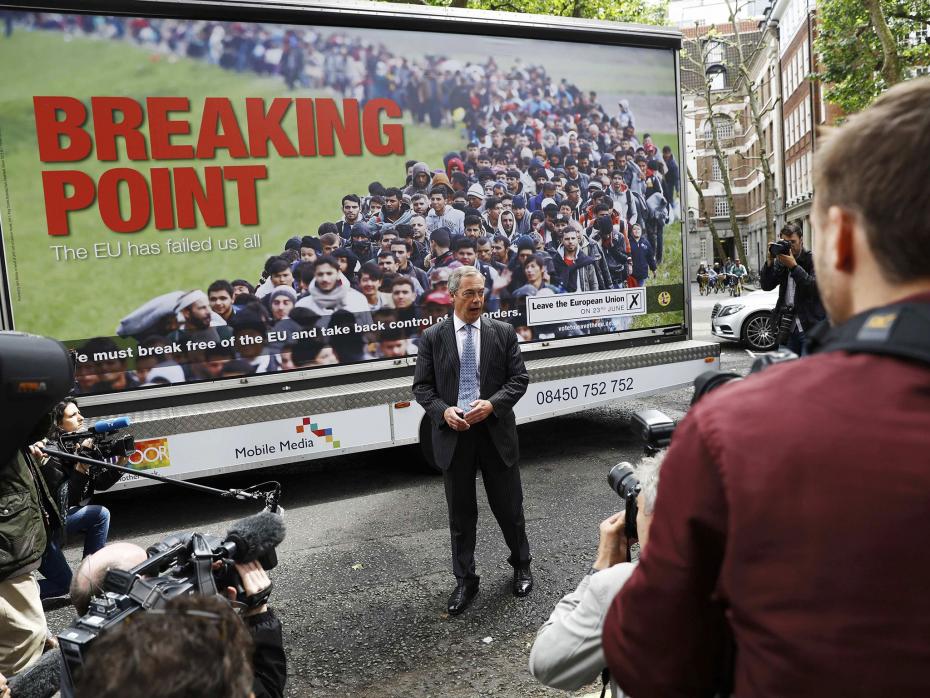 The Leave campaign: not at all racist, honest guv. Billboard illustrates an apparent line of migrants entering the UK, sold as a reason to leave the European Union. Photo by Reuters

The first twinges of horror undoubtedly occurred as Nigel Farage swiftly backtracked on one of the best-known campaign promises. (Admittedly, you’d have to be daft to believe the present government would give any extra money to the National Health Service.)

Next came the startling discovery that frantic Googling on the question “What is the EU?” had actually hit a spike just after the polls closed. As if that wasn’t enough, some Leave voters have said they didn’t understand the implications of Brexit and would now choose Remain. And now a petition calling for a second referendum — ironically started in May by a Leave supporter, just in case — now has over three million signatures.

Three days after the event, and we’re already beyond Monty Python style farce, into something so much more surreal it hasn’t yet been named.

So as we enter this brave new world and begin to clear up the debris, what exactly are we facing? As yet, no-one really knows. But there are some worrying indications.

Firstly, this is about much more than a quiet little divorce between the EU and the U.K. Scotland, Northern Ireland and Gibraltar all voted overwhelmingly for Remain (in Gibraltar’s case, it was 96%). That means we’re looking at another independence referendum in Scotland, and Spain eyeing up the little rock to its south.

The consequences for Northern Ireland are a tad more serious: the Good Friday agreement was ratified on the back of the European Convention on Human Rights (ECHR). Where the border with Eire existed only in theory, now it’s suddenly more concrete. 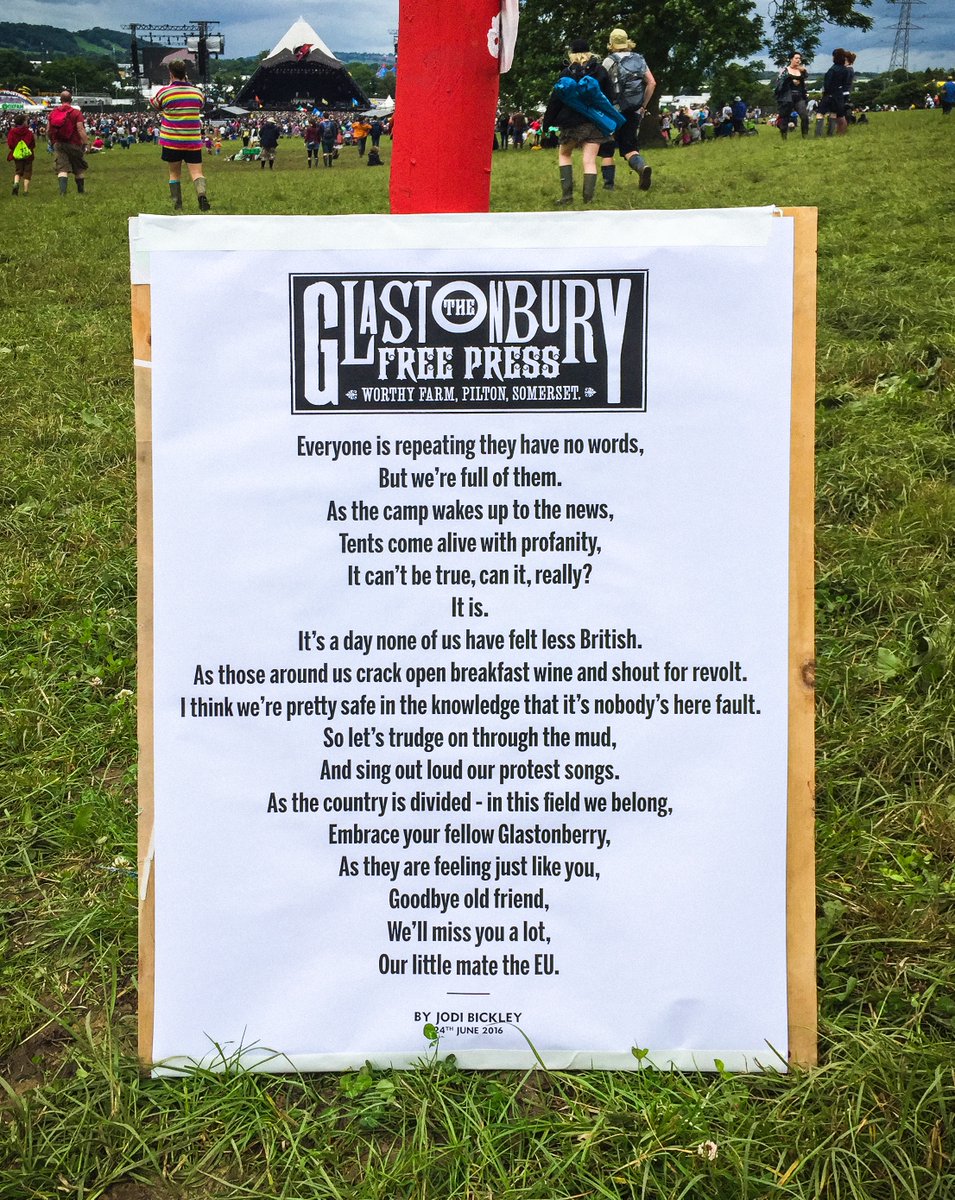 A message to Glastonbury Festival-goers. Photo courtesy of Linda Rock. Click to enlarge.

Speaking of the ECHR, this handy little document — alongside some important workers’ protections, such as the 48-hour week and paid parental leave — will cease to be effective the moment we’re out the door.

Further, there has been a rise in racist and xenophobic incidents. I’ve heard a few people suggesting the Leave argument was much more complex than simply fears about immigration. I’ve thought a good deal about that over the past few days, and have finally reached this conclusion: bullshit.

Certainly, the EU is very far from perfect. It is a capitalist organization that serves big business as fervently as does the International Monetary Fund (IMF) — with some notable exceptions. But forgive me if I display skepticism at the idea of a campaign run by the likes of Farage and Boris Johnson centering on the delicate ethics of how best to eradicate world poverty, or to help developing nations. On the contrary, both campaigns have been criticized for their negative focus. Even the murder of an innocent and kindly MP seems, in the end, to have taught this nation nothing.

The apparent somnambulism at the ballot box speaks volumes about the level of consciousness of the entire referendum; as do the absurd afterthought reactions. It’s as strange an event as any involving the Drumpf. And frankly I am running short on patience, because it’s evident how little thought was given to the likely consequences of a result we may all now have reason to sorrow over. And despite the regrets and petitions and protests, there would seem to be no turning back. The sleepers have been rapidly and sharply awakened; and all Europe is feeling the jolt.