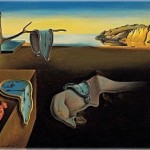 Editor’s Note: This essay originally appeared in the April 24, 2012 Members’ Issue of Planet Waves. Since the Sun ingressed Taurus earlier today, it seemed like a fitting choice; this year, Venus is in Aries, not Gemini as it was in 2012 for solar Taurus. — Amanda

I’m sure many of you who attract those from among the herd of Taurus people have noticed some of this. With that stability covered, then comes the need for flexibility and change. That’s not always so easy in Taurus Land, though the configuration of the sky is telling a different story this year. Two main features describe this, though by the time I’m done writing this article I am sure I’ll come up with a few more.

Think of this sign as a place where the soul goes through a tempering process. Just like the Earth itself, Taureans are hot, hot, hot on the inside and cooler on the outside. Just like the Earth, they can be all temperatures and all climates on the outside, though that core is always burning. To an observer looking at the exterior of a person, they might see a slow-moving majestic quality, the kind of quiet dignity that you feel in a forest.

Yet this inner-outer temperature differential creates a pressure dynamic within the person. Looking at or even speaking casually to someone with this sign strongly placed in their chart, you might not figure that out. It’s revealed in the indescribable magnetism they have; a certain compelling quality that almost everyone notices. It’s a subtle kind of intensity, and it’s powerfully creative.

My personal favorite Taurus artists include Bono, David Byrne, Brian Eno and Salvador Dali; then there is Carrie Fisher (Moon in Taurus), Audrey Hepburn, Meryl Streep (Moon in Taurus), Dionne Warwick (Moon in Taurus) and Barbra Streisand — notice more than a few unforgettable voices among them. Taurus is the sign associated with the throat, speech and vocal quality.

Taurus energy can be obsessive, and driven to service in a way often ascribed to Virgo. Pioneering nurse Florence Nightingale had both the Sun and the Moon in Taurus, in a close conjunction.

She laid the foundation for the modern nursing profession with her devotion, foresight and attention to detail. So on the one hand we could say that while Taurus energy is resistant to change, that’s another way of saying it has the stability to be a pillar of society. Her contributions went on and on, and she lived to the age of 90. If you’re curious about this sign, I suggest you read about her truly fascinating and visionary life.

Time feels different when you’re a Taurus (depicted by Dali’s visions of melting clocks; they were autobiographical). It’s rather like how a geologist will look at a mountain range and see an animation: they see the glaciers in motion (even though that was 25,000 years ago), they see the gradual uplifting taking place, and they see the evidence of long spans of time.

Most of us look at a mountain and see something just standing there, and it is — but the motion is subtle and persistent. Like mountains, Taurus has an enduring quality (Queen Elizabeth II) — but it is far from stagnant.

As for what is different about our current Taurus experience. One salient quality of our moment is that Jupiter is in Taurus. It has been there for just under a year; all Taurus birthday (solar return) charts for 2012 will have Jupiter in Taurus as a distinctive feature.

Jupiter’s energy expands and magnifies. In a fixed sign, it will offer some extra flexibility. It can bring to visibility the best qualities of this sign, as well as have a softening quality. This lightens the energy of what can be a serious and reserved sign. If Taurus tends to see the world in sharp contrasts (it often seems this way), Jupiter is adding subtle shades and hues. That includes a more philosophical approach to life and a wider worldview and self-concept. For many with strong Taurus placements, this is a time of spiritual awakening. For everyone, Jupiter in Taurus is an opportunity to notice what is valuable, and treat it that way (that’s a useful description of spiritual).

The other standout feature this year is that Venus, the traditional ruling planet of Taurus, is in Gemini for an extended visit. This is another picture of mutable energy influencing Taurus, as Gemini is all about flexibility. We’re also about to experience Venus retrograde in Gemini, though this is a special event because it involves the Venus transit of the Sun in early June. All Taurus solar return charts include Venus in Gemini, which brings the quality of mental vibrance to all things Taurean this year. I think of Venus in Gemini as a picture of emotional (Venus) intelligence (Gemini). This will serve to make Venus more expressive in words and tangible ideas than it might ordinarily be.

Venus is our most vivid representation of goddess energy in traditional astrology, and we sure could use some of that now. The professional pool sharks we call politicians have resurrected every anti-woman concept, policy and plan they can cram onto the airwaves. The Venus transit of the Sun, which takes place June 5, is a moment when the world will see Venus not as a bright feature of the night world, as we’re accustomed, but rather as a celestial feature visible in the light of day.

Astrologer Adam Gainsburg has described this as the emergence of the solar feminine — the boldly creative expression of feminine energy. Think of the Sun being penetrated by Venus, then pouring the energy out in all directions as pure, vivid light. One gift this will offer is some balance, yet it’s more than that. Fully expressed, hot, clear, creative feminine energy is something that most people have not considered, much less experienced, and as you might imagine it’s making some people nervous.

It will be beautiful to see what influence this has on the world, and on you.