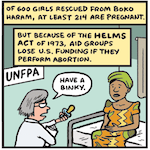 Cartoonist Jen Sorensen juxtaposes punitive US policy with the 214 (at least) pregnant girls rescued from Boko Haram in Nigeria. 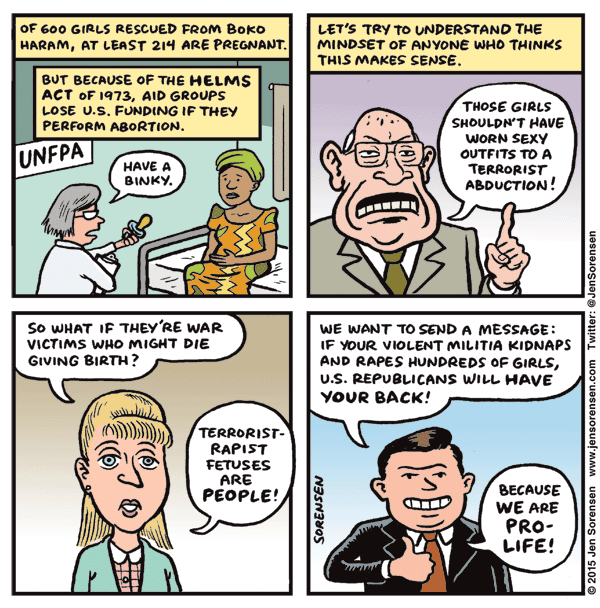 6 thoughts on “The Helms Act: Pushing Pro-Life Around the World”