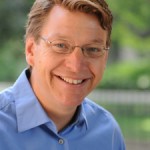 By Mike Brown Professor of Astrophysics, California Institute of Technology Pasadena, CA, Jan. 5 — Ten years ago today I came in to the same office I’m in at this moment, sat down in the same chair I am sitting in now, probably stared out the window at the clear blue sky much like I’m […]

By Mike Brown
Professor of Astrophysics, California Institute of Technology

Pasadena, CA, Jan. 5 — Ten years ago today I came in to the same office I’m in at this moment, sat down in the same chair I am sitting in now, probably stared out the window at the clear blue sky much like I’m doing right now. 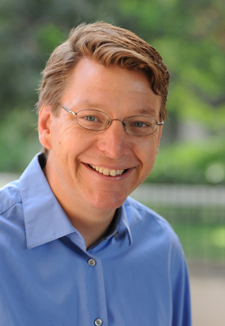 It’s even likely that I drank coffee out of the very cup I’m drinking out of. Other than that, though, nothing was the same. Just a week earlier, on Dec 28th 2004, I had discovered the second brightest object that we had ever seen in the Kuiper belt (the brightest, of course, being Pluto).

We didn’t yet know how big it was so my mind kept spinning with possibilities. Maybe it had a dark comet like surface and so to be so bright it had to be really big! Maybe as big as Pluto! Maybe bigger! (The object, now called Haumea, is now known to be about a third of the mass of Pluto and one of the strangest objects in the outer solar system).

Perhaps even more exciting, I had discovered the object while re-processing old images that I had taken a few years back. There was another year ’s worth of images to re-process. Maybe there would be more!

It was that sort of head-spinning excitement that made it fun coming into the office every morning and going through the tedious and laborious process of examining everything that the computer had worked on the night before.

Most mornings the computer would spit out a list of a few hundred potential objects and I would examine them, one by one, to see if the computer was on to something or, like happened nearly every time, the computer had just found a smudge in the data or a glint in the sky and thought maybe it was something out there in the Kuiper belt.

But all of the false alarms from the computer were OK: every new mouse click held the possibility of discovering new worlds never seen before.

And ten years ago today, it happened. After a morning of sorting through computer mistakes a big bright object appeared on my screen. It was almost as bright as the one from 8 days earlier. But, crucially, it was moving more slowly than anything I had ever discovered before. Slowly moving means far away. Bright means big. But slowly moving and bright means bigger than anything we had ever seen before.

I did what I always do when I make what seem to be astounding discoveries: I assumed I had screwed something up. Screwing up happens all the time, and if you have to make a guess between “just found biggest object in outer solar system” or “screwed something up” you’d be smart to pick the later. Maybe I had set up the telescope wrong. Maybe the tracking was off. Maybe we were looking in the wrong spot in the sky. Shockingly – to me, at least – nothing was off. The images were perfect. We had just found a second object even brighter than the one from 8 days earlier.

This new object, found 10 years ago today, was, of course, Xena which became 2003 UB313 which finally became Eris. Ten years on, we know that Eris is about 25% more massive than Pluto, though similar in size. The reason it appeared so bright in those earliest images is that it is one of the most reflective objects in the solar system – it is so far away that its atmosphere is frozen on to the surface, reflecting almost all of the light that hits it.

That discovery 10 years ago was exciting enough that it took me a few days to get back to looking at the old images, but, soon enough, I was sitting in this chair searching through a stack of images every day. This time, I didn ’t discover anything shockingly bright for almost 3 months, but, on a morning just like many of the other ones, there was yet another bright slowly moving Kuiper belt object. This one – Easterbunny then 2005 FY9 and now finally Makemake – is the second brightest object in the Kuiper belt and a fascinating laboratory for chemical and atmospheric processing on these distant bodies.

After Makemake we kept going. But there were no new bright objects to be found. In the last decade, none of the brightest new discoveries even made the top ten brightest object list.

The simple answer is that, back ten years ago, we had scanned the whole sky and there was nothing bright left to find. This simple answer is not precisely true, though. We missed much of the southern hemisphere and avoided the regions of the Milky Way galaxy. In this past decade others have filled in much of these missing regions, but, still, nothing particularly bright.

But through this last decade one thing has always nagged at me: no survey for new objects in the solar system is going to be 100% effective. If a bright undiscovered planet happened to be lined up perfectly with a random background star at the moment I had looked, I would never have seen a planet. And when trying to cover the whole sky, you don ’t have time to go back and look a second time. I always wondered when I would open the newspaper in the morning and see the headline “New Planet Discovered in the Outer Solar System” and then realize I had looked right at it but not seen it.

I ’m not worried about that anymore. Today, as a tenth birthday gift for Eris, we’re releasing the results of a new survey thatcovered the entire sky once again (soon to be published in the Astronomical Journal). This time, though, there is virtually no chance that anything bright would be able to escape our grasp, because we looked again and again and again and again at each spot in the sky making it impossible for something to be temporarily hiding.

The best part of this whole survey is that we didn ’t even need to go to a telescope. All of the data was already taken, much of it years ago, for searching for near Earth asteroids. Bright Kuiper belt objects show up in the data, too, but because they are so far away they move so slowly that they appear stationary in the near Earth asteroid data. How do you detect things when they aren’t moving and they just look like stars? The trick is that they still move. Just come back a day later. Or a month later. Or next year. And they’ll be somewhere else. All we needed to do was connect the dots.

Connecting the dots was harder than it sounds. In the 7 years of data, there are 4 billion “dots” in the sky – spots where there appear to be something in a spot where there has never been something before. To figure out if any of these dots are in the Kuiper belt, we have to mathematically show that they are following a physically plausible orbit around the sun. To do that requires examining about 60 octillion potential orbits (I just had to look this up; an octillion is a 1 followed by 26 zeros). Even with a big bank of computers in the basement, this check would take about a million years. I spent a few months coming up with computational tricks to speed things along and, finally, got the processing time down to about 6 months.  I pressed “go” and let the processing churn in the background.

When it was all done I had that same feeling that I had had a decade ago. This could be the moment when suddenly something new and spectacular is found! I made a quick list of all of the objects that the processing had found. There was 8 really bright objects. The first one was detected 51 individual times. It was Makemake. Haumea was there (47 times), as was Eris (28 times). Also Orcus and 2002 TX300 and Nereid and Huya and 2002 VE95. And that was it. After 6 months of processing of 7 years worth of data, we found all of the bright Kuiper belt objects that we already knew (and also Nereid – a moon of Neptune – which I thought was new for a few minutes because I was only cross matching with Kuiper belt objects; then I noticed it was really really really close in the sky to the position of Neptune; almost screwed up again).

And, so, a decade after that discovery of Eris, a decade after that moment in life when it seemed that the next huge discovery could be a single click away, I have to announce that it is really true: we are through with discoveries of bright new objects in the outer solar system. That incredible run, which, in my mind started from the discovery of Quaoar in June 2002 and ended with Makemake in April 2005, is definitely over. Or at least probably over. Our analysis shows that there is about a 1 in 3 chance that there is still one more bright object to be found lurking in the part of the sky where the Milky Way background would make it too hard to see, even with our new technique. I hope people are looking.

Is the outer solar system through with discoveries, then? No, definitely not. Still one of the most exciting discoveries a decade ago was that of Sedna, which is in a region of space even beyond the Kuiper belt. For a long time Sedna was the only object known out there, though several different groups were actively searching. Just a year ago, a pair of astronomers found a second one – 2012 VP113. Starting around now the third and fourth new discoveries should start to be trickling in, just like that initial trickle of discoveries of faint Kuiper belt objects starting in 1992. These new objects will be distant and faint. But the fact that there are (we think) so many of them will point to the fact that, somewhere out there, the largest of them could be quite large. Mars sized? Earth sized? We don ’t know.  And the largest ones are unlikely to be found with our piecemeal efforts these days. But, eventually,  someone will mount a large scale search analogous to the one we started in 2002, cover the whole sky, find whatever is out there, and then the new even larger members of this mysterious region of the outer solar system will start flooding in. Every day might be a potential new astounding discovery.

4 thoughts on “Ten years of Eris”