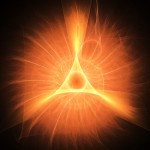 The Sun is in Sagittarius, along with Mercury, Ceres, Venus, Pholus, Vesta and a whole bunch of other minor planets. Jupiter is in Leo. And the Moon is about to enter Aries (at about 8:30 pm EST Sunday (01:14 UTC Monday), where it will join Uranus, Eris and the Moon’s South Node. Monday we will […]

The Sun is in Sagittarius, along with Mercury, Ceres, Venus, Pholus, Vesta and a whole bunch of other minor planets. Jupiter is in Leo. And the Moon is about to enter Aries (at about 8:30 pm EST Sunday (01:14 UTC Monday), where it will join Uranus, Eris and the Moon’s South Node. Monday we will have a werry werry fiery day — the Moon will emphasize the grand fire trine. 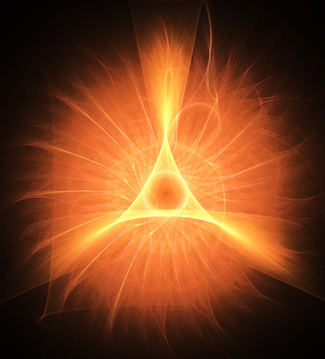 Very cool stock image initially found in Google, then purchased for a nickel from Dreamstime.com.

There will be plenty of enthusiasm to focus — and it will indeed benefit from focus, which you may be the one to provide. Note, it may not be easy, as your mind may want to run in every direction at once. But you can do it.

Take a breath and set a goal, then go there.

This story could use a little background. Right now Mercury in Sagittarius is exactly square Neptune in Pisces. That is exact at about 11:26 pm EST (04:26 UTC), then it will begin to separate. This has been an interesting aspect, all about sorting out truth from lies, sorting through layers of image, and investigating self-deception.

Those themes don’t end after the aspect begins separating; the really interesting thoughts and ideas may come out in the wash of Neptune.

I suggest keeping a focus on the theme of ‘what is real and what is not’. Mercury square Neptune asks, especially, what is real for you, and why. Mercury is just at the beginning of a trek across Sagittarius, where it will make conjunctions to the many planets there. Over the next couple of weeks you may experience something new being true every day or even more often than that.

Don’t worry if they seem to conflict — we’re talking about ideas here, which need to be as mobile and as fluid as you think they can be in Sagittarius. As the days progress, they may seem to get bigger, take on more significance or be more influential.

Venus, a bit more than halfway through its journey through Sagittarius, will be making many observations as well. This is a great time to keep a dialog going with yourself. Listen to yourself, and listen to what you say — to yourself and to others.

The Moon, meanwhile, works its way toward a conjunction with Uranus all day, which is exact at 6:12 pm EST (23:12 UTC). Just prior to that, the Moon will make a square to Pluto. Said another way, the Moon is passing through the Uranus-Pluto square.

It’s been a slow few news days, with U.S. politicians all at home for the holidays, government offices closed, and no election brewing. But we may be in for a few surprises Monday and into Tuesday, and the grand fire trine energy may get things rolling in a way that seems difficult to stop.

In your personal world, you can put this energy to use for you. Now is the time to pick up momentum, if you need it for a specific purpose, such as to get something done before the end of the year. This week’s astrology could pick you up and carry you right to completion. Just pace yourself; don’t burn out. Take as much time as you need. You have more than you think.

14 thoughts on “Taking a Ride on the Grand Fire Trine”