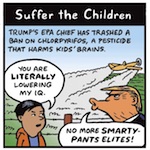 “God forbid innocent children are hurt by their own president!” Indeed, Jen Sorensen; indeed. (P.S. congratulations to Jen for being named one of this year’s Pulitzer Prize finalists for editorial cartooning!) 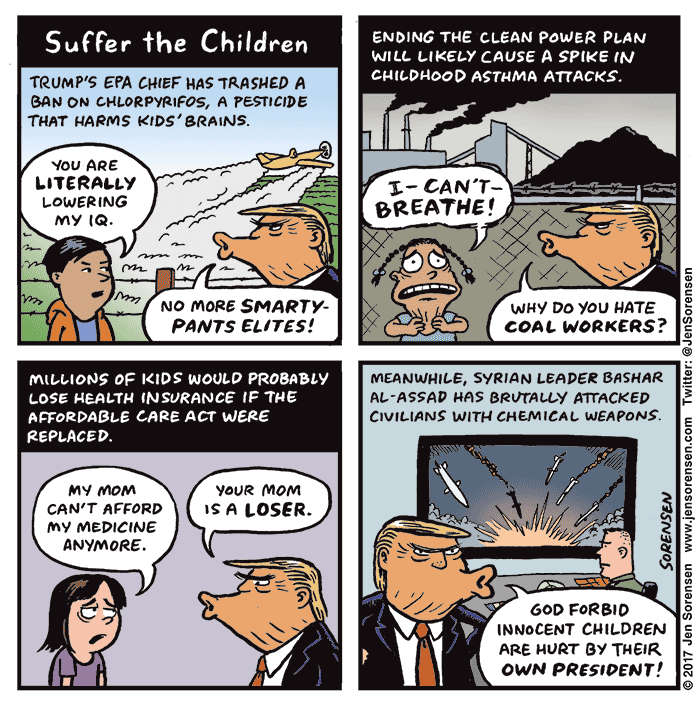 17 thoughts on “Suffer the Children”