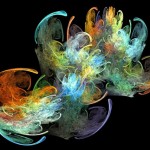 We are again looking ahead at another of the most astrologically interesting weeks in recent memory. It’s also a moment that ripples into the somewhat distant future of the early 22nd century. Monday at 10:54 pm EDT (Tuesday at 02:54 UTC), Uranus makes the last of seven squares to Pluto, a process that’s been evolving […]

We are again looking ahead at another of the most astrologically interesting weeks in recent memory. It’s also a moment that ripples into the somewhat distant future of the early 22nd century.

Monday at 10:54 pm EDT (Tuesday at 02:54 UTC), Uranus makes the last of seven squares to Pluto, a process that’s been evolving since the first square between these two planets in 2012. 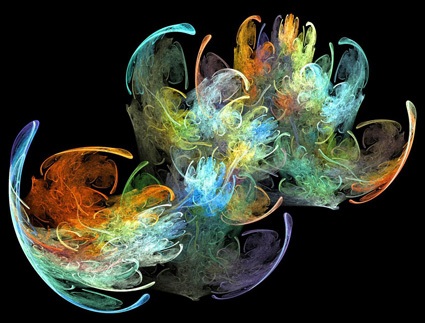 To recap in very few words, the current Uranus-Pluto cycle began in 1965-66 with the conjunction in Virgo. That is what non-astrologers call “The Sixties,” which lasted from about 1960 to about 1973.

The cycle is continuing through the current square event (Uranus in Aries, Pluto in Capricorn), which really spans between 2008 and 2018 or so. This same cycle will have its next major stop in 2046-47, with the opposition phase (Uranus in Virgo, Pluto in Pisces). Then there will be a second square in 2073 (Uranus in Capricorn, Pluto in Aries).

The current cycle will conclude at the next conjunction in 2104, which takes place in Taurus. Interestingly, that will be a triple conjunction of Uranus, Pluto and the very modern planet Eris. Said another way, the current cycle spans from 1965 to 2104, which is 139 years. [Note, the length of this cycle varies from epoch to epoch because the speed of Pluto is so variable during the course of its long orbit. But that’s very much a side-topic.]

If you follow Uranus-Pluto cycles back through history, you’ll discover that peak moments in this journey are about upheaval, rapid scientific and artistic advances, social change and various sorts of revolutions. Our current moment qualifies as most or all of the above.

Sorting that out would be an interesting conversation. In any event, the square or first quarter phase begins separating Monday, and we enter a new quadrant of the cycle.

Four days later, the Moon forms a total eclipse to the Sun in the last degree of Pisces. That is followed the next day by the Aries Equinox. The eclipse-equinox mix adds emphasis to the much more historically significant Uranus-Pluto event this week. But from a personal standpoint, the eclipse is what may stand out. Remember that it happens close to the Aries Point, the first degree of Aries that is like a node point where private events and public events seem to merge and influence one another.

Lest you have a feeling of finality about this rather dramatic eclipse, remember that it will be followed by a total eclipse of the Moon on April 4. This is also the Libra Full Moon. So what we are really entering is a kind of transition phase, where one major event leads to another, culminating with the lunar eclipse.

It’s fair to consider everything that’s happening over the next few weeks to be a work in progress, subject to ongoing revision. Revision can mean seeing again, which is another way to say “respect.” So treat this time with respect, and keep looking at both the astrology and the accompanying events for additional information.

Notice the factor of movement; allow yourself to move with the various (and seemingly separate) moving parts of the equation of your experience. It will be more helpful to look for patterns than it will be to draw some final conclusion of what you think is happening. This is a fine time to remind yourself that the universe is a dynamic system with every particle influencing the existence of every other particle.

This makes for an intriguing theory — though it’s time to take that theory out for a ride or better still, a test flight of the imagination.

9 thoughts on “Sensate and Focus”