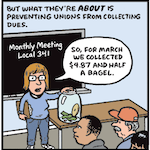 Award-winning editorial cartoonist Jen Sorensen dismantles the misnamed “right to work” status that some U.S. states have adopted, showing it to be the anti-worker scheme it is. 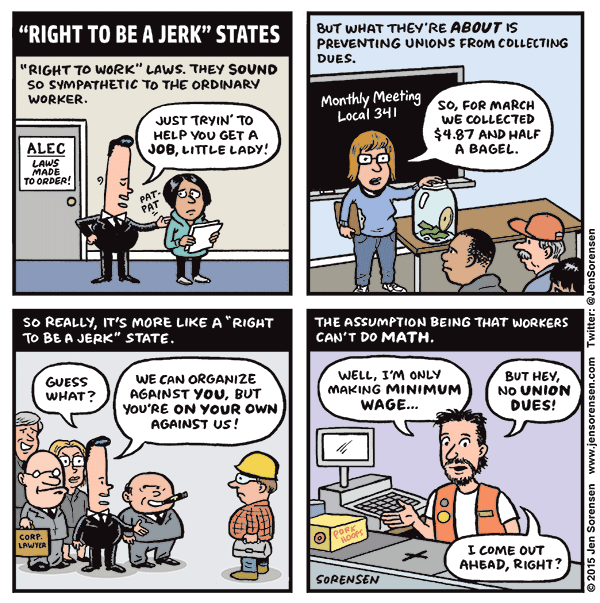