Eric’s 2001 discourse on sustainable relationships in the mode of ‘sustainable farming’ and organic food fits the bill for this solstice weekend, as the gardening season hits full-swing in the Northern Hemisphere. This re-posting also features a note from Amanda Painter, editor of the sex-and-relationships features on Planet Waves, on the gift of service Planet Waves provides in this realm.

Thank you for stopping by. Before you dig into this week’s sex-and-relationships post (by Eric, below this note), I wanted to mention a little something briefly about how the writers we feature in this slot on Saturdays end up here. Not just anyone babbling about sexy things or with a Top 10 list of [fill in the blank] relationship tips gets onto Planet Waves. There’s actually a live human being here (me, sometimes with some help) working behind the scenes to find and assess the material that gets posted. 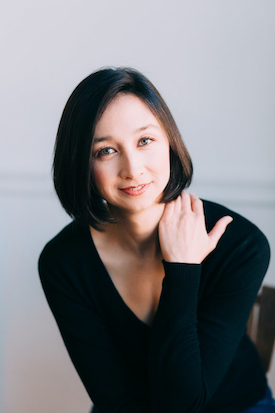 Admittedly, certain writers resonate with particular readers more than others. That’s just part of life. But Planet Waves has a standard and an ethos set for what gets published on this site.

For example, I need to know who the person actually writing is (no anonymous posts, so ubiquitous on the Internet); rarely do we allow pseudonyms, and if we do, you can be sure we’ve had direct contact with the actual, live person by email or phone. The vast majority of the time, I’ve gotten direct permission from the author or the editors of the original publication (or both) to republish here.

This is one of the ways we are careful in what is presented to you under the banner of Planet Waves; one of the ways we care. Caring about the content we present — its quality, its tone, the worldview and ethical position taken — is an act of devotion that takes many forms.

In these acts of caring, we take chances; we validate the reality of people’s varied existences; whenever possible, we get to know who people are. We our take time and give energy.

Each week, I assess possible blog posts and news articles that might be featured here. I’m looking not only for someone who can write well, but someone with a holistic approach toward sexuality and relationships; someone who goes deeper than ‘popular’, sensational and superficial treatments of what, in truth, are very complex and nuanced topics. Ideally the person sounds educated, but not dryly academic; compassionate yet able to challenge and provoke when the topic calls for it.

I look for writers who get the idea of taking responsibility for one’s own shadow and healing and sharing, yet know we’re all in this together, ultimately.

As you may know, this bar was set by Eric Francis when he founded Planet Waves. To uphold that bar takes a dedicated staff, of which I am a part. To keep it all going, we depend on our paying members. Today, I’d like to ask you to join this membership community if you have not already. We offer so much of our material free of charge on this site as a gift: a gift in the service of assisting your personal healing journey — including the healing of your sexuality and your relationships. We offer this on the foundation of our for-pay services.

There are several ways you can support this mission; ways you can ensure that Planet Waves continues to provide the safe haven it does for all manner of sexual exploration and healing, a respite from the incessant media and advertising assaults on self-esteem and authentic relating. These include:

A 12-month Core Community Pass membership, on a sliding scale

A 6-month Core Community Pass membership, on a sliding scale

If you’re already a member but still want to enhance our gift of service to this community through a donation to Planet Waves, we have pre-set levels of:

Thank you for reading, for your active involvement, and for allowing us to be here in this capacity. It is a joy to be of service in holding a forum for honest, thoughtful and non-judgmental discussion of these topics.

We’re all familiar with organic food. This is food grown without pesticide sprays or toxic fertilizers, from natural seeds that have escaped genetic engineering. In theory, organic food has no synthetic preservatives or artificial dyes, nothing extra that it does not need (like plastic filler) and it’s handled in a way that preserves some of the integrity of what nature created. Due to crop loss, it’s expensive (though cheaper than restaurant food, which most of us eat a lot of). 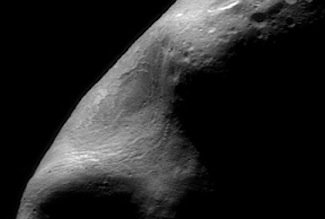 But it’s better. Organic food is often sold closer to the natural growing times, and there are some philosophies of organic diet (Macrobiotics, for example) which suggest that we eat only food grown locally and when it’s in season. Most important, we think of organic food as whole food, rather than food which is fractioned off like white flour, or recombined to make weird things like fortified breakfast cereal or vitamin D skim milk.

The organic food philosophy (usually known in Europe as Biodynamics) honors the reality that both the land and people need to be healthier and the relationship between the two is food. There is an acknowledged connection between ecology (which means the “study of home”) and the health of the people who live in that home.

A concept at the core of organic eating is sustainability. We know that our current agricultural system is killing the planet and making us sick; we know that most of the foods available in the supermarket lack basic nutrition. Organic farming, Biodynamics and other philosophies show how we can sustain both human life and planetary life through one process.

We also know that the society’s teachings about relationships, which glorify possession of other people, which rely on artificial structures, and which are usually based on oppressive, negative ideas, are harming us, and damaging health of the planet, just as aggressively as agribusiness. Unfulfilled, emotionally undernourished people an be risky to the happiness of others, especially when they grow angry and spread emotional toxins. And this is most of what we get in the world when we enter the human environment.

So, what about organic love?

Toxic ideas about love, like toxic food, are sold in the supermarket, at the check-out counter. Flip through those magazines, or just look at the covers (who doesn’t?). They teach us to think in terms of ideas like “married” and “monogamous”; we can learn to please or be more pleasing to our partner; we can have affairs, which means lying and “cheating,” and there are instruction manuals for catching our partners in these activities. We read a lot about rape and violence, which are portrayed like sexy advertising. People are “gay” or “straight” and if they’re really wild, they’re “bisexual.” We tend to consume these ideas as unconsciously as we consume food containing polysorbate-80, hormone-tainted meat and sugar-packed soft drinks with laced with propylene glycol.

Over the past 40 or so years, several different relationship outlooks have added some diversity and allowed people to be more natural.

Polyamory has its own problems; for one thing it’s a kind of “movement” and not everybody wants to join a movement. Part of its movement quality, though, is based on the idea that this lifestyle requires support. Another problem with poly is that it’s based on the idea of “poly,” meaning more than one lover. What about people who want to have more natural relationships tending toward monogamy? Here, the notion of “polyamory” can alienate people who may otherwise have a lot else in common with poly folk.

Many people have observed that polyamorous relationships often have many of the same confusion and toxic issues as monogamous relationships, just spread out among more people. Some would say that this makes the weirdness worse, and others would say that expanded relationship models give us a chance to see the dynamics in action, and work them out openly (remembering how many people cheat).

It may be that so-called monogamy has problems, but that polyamory does not really address them because these problems reside closer to the core of who we are, and what we are trained to be in our society.

In witness to life, I offer a few ideas about how we might go about creating organic love.

All love starts with selflove. In order to love another person we need to be at peace with who we are, which means loving and appreciating ourselves-including sexually. Selfloving means being a whole person. If we bring this whole person into our relationships, we are likely to find greater peace and fulfillment. [Please see sidebar.]

Love requires trust in order to grow naturally. Trust is both intuitive and cultivated. In an atmosphere of trust, it is easier to feel safe enough to be oneself, which will allow greater expression in loving relationships-of love, fear and other emotions that we face.

People are naturally curious about one another. Can we deny this? Why bother? We need to allow for human nature in our human relationships. If we are with a beautiful person, we can presume that others will be curious and want to get close to that beauty; we can presume the same thing about ourselves.
People seem more beautiful when we are in love. And we seem more beautiful to them. When we are in love, we are love magnets. If we allow for this fact rather than trying to deny it, I believe we’ll be happier and live more naturally.

People really cannot be controlled; we are our own people. We can lie and act like we are controlled; we can kid ourselves and think we control another. Both are false rather than wrong. Once control has entered a relationship, it has filled in spaces where many other nutrients are lacking, such as trust, allowing, or selflove.

Communication is a learned skill and is essential to relationships. Communication is based on honesty; honesty is a learned skill as well. We learned to lie in order to defend ourselves against deception, control and attack. In order to communicate honestly, we need to teach one another to do so patiently-within contexts that are free from deception, control and attack.
Our homes need to support our relationships. As our own people, we need our own spaces. It is much healthier for people to have safe retreats, a safe space to call their own. I suggest that in live-in, long-term relationships, people have their own rooms and their own beds, and invite one another as guests.

Sexual beings often make babies. Though the science of this was not understood until the late 19th century, we now know for sure that sex can lead to birth. We know that most pregnancies are unplanned, but there is no excuse for this. Men and women each need to take 100% responsibility for birth control, and for birth, as a matter of love for one another and for the unborn. We cannot always stop undesired pregnancy, but we can all accept responsibility for working to do so.

We are each responsible for our own healing of childhood wounding and past relationships. If we don’t, we will dump our toxic emotions, most of which began with our family of origin (blame, guilt, shame, resentment) onto our partners rather than dealing with them. Taking this responsibility would include each person in a relationship being on a conscious path of growth, whether spiritual or with a therapist of some kind: having a space outside the relationship to deal with one’s own life, including relationship experiences.

5 thoughts on “Organic Love: An Ecology of Sustainable Relationship”