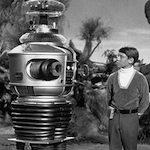 Mercury stations direct this week — to be exact, just before 10 am EST (15:00 UTC) on Wednesday, Feb. 11. For those unfamiliar with the concept of Mercury retrograde, three times a year for about 22 days, Mercury passes between the Sun and the Earth. This creates the Mercury retrograde effect. Thanks to the Internet, […]

Mercury stations direct this week — to be exact, just before 10 am EST (15:00 UTC) on Wednesday, Feb. 11. For those unfamiliar with the concept of Mercury retrograde, three times a year for about 22 days, Mercury passes between the Sun and the Earth. This creates the Mercury retrograde effect. 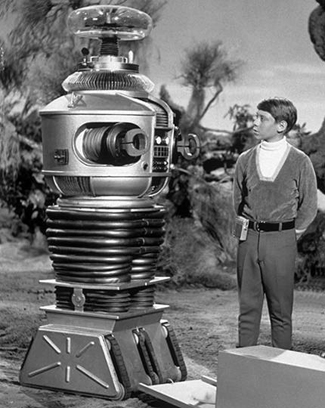 Will Robinson and the robot from Lost In Space.

Thanks to the Internet, many more people know about Mercury retrograde than ever before. And, I believe, thanks to our increasing dependency on technology, which has infused and/or infested every corner of our lives, Mercury retrogrades have become more noticeable.

Often the last few days stand out the most — and in recent years I’ve seen that the weeks following the retrograde can include a number of lingering effects. At minimum, it can take a week or three for things to settle down. Things, as in financial issues, problems with technology and various shades of confusion and miscommunication. Mercury retrograde may or may not stand up to scientific scrutiny, but it’s certainly a well-established psychological and social phenomenon.

Mercury will be stationing direct in Aquarius, the sign associated with patterns and in particular thought patterns. These patterns tend to be fixed rather than flexible, in the style of Aquarius, which is a fixed sign (the other kinds of signs are cardinal, representing initiative; and mutable, representing the ability to flex or toggle between modes easily).

So here, we get an image of rethinking thinking. This is happening in an environment where we’re constantly needing to relearn things. The learning curve associated with technology is a constant grind, so it seems like we’re rethinking; but my observation is that as technology evolves, people tend to become increasingly fixed in their patterns and points of view. This may be your basic “reaction formation” kind of psychological response.

When that happens, the typical way to change is through a collapse, crash or meltdown. We see a lot of that. It’s as if systems and patterns don’t get attention till they cease to function, and in turn threaten other systems that surround them. This is your basic recipe for disaster.

What we need now is flexibility, not rigidity. Events and discoveries this week may drive that point better than any theory, though it helps to know what you’re looking at. We hear plenty of talk about “sustainability,” though most of the time that word is misused.

I think resilience is closer to what we really need. Resilience means systems designed to have extra capacity, the ability to change, and some excess slack. What we tend to do is push every system to its maximum. It leaves little space or energy to bounce back. In thought and communication, this means leaving yourself room to be wrong — and open to new information.

One of the problems I believe we currently face is overestimating how much we think we know. This tends to snuff out curiosity, or even your basic common-sense asking of a followup question, based on the feeling (or other awareness) of not understanding. 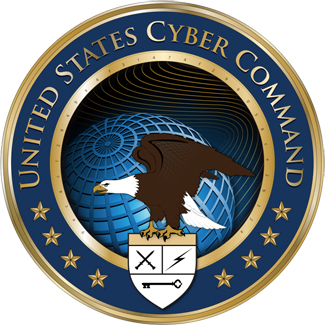 I am currently involved in a media research project that is alerting me to the impact of digital technology on our lives. We are not going to be able to reverse the digital tide, unless, of course, there is a cataclysm of some kind — a power grid failure, cyber warfare or some other Internet failure.

If you don’t believe that cyber warfare is possible, ponder for a moment the existence of the United States Cyber Command. Space is no longer “out in space.” The United States Space Command has been retired — or more accurately, it was folded into the United States Strategic Command, which operates and defends military satellites, among other functions. The larger emphasis is now on the Internet, where we may face an actual threat of more serious proportions than an attack from outer space.

That we live on the edge of such an event nearly all the time is not adding any sense of relaxation or confidence.

We need, at least, to admit that our lives are fully immersed in digital technology. Digital technology really means robotics. We are used to thinking of robots as those tin cans bumbling around on Lost in Space or Star Wars. Robotics right now is primarily a mental phenomenon — and the result of any medium is that we tend to become like it.

The next step would be to admit there are some impacts of digital technology that are obvious, many others that we will discover and some that we cannot know because they will be revealed long after our lifetimes.

What we can do now is live consciously from day to day and hour to hour. Were I to make one suggestion regarding the astrology this week, that would be it.