After this weekend, the pomp and circumstance of a U.S. presidential inauguration will yield to the business of governing. As Len Wallick explains, besides emphasizing how and what you perceive along with where and how you focus, the astrology for the week to come is surprisingly deferential.

There is no denying today’s ceremonies and festivities in Washington D.C. are historic. All presidential inaugurations are historic. They are designed to be that way. There are at least two questions worth asking, however. The first regards how today’s inauguration will take its place among others before. Astrology offers some hints in reply.

The second, more important, question is for you. It has to do with ascertaining and being honest with yourself regarding the two most crucial determinants of reality: your perception and your focus. Knowing how and what you perceive at any given moment is to know your reality.

Even more pertinent to all things having to do with history in the making is your focus. Where your attention is at any given time contributes to determine the realities of your future. In other words, you are just as important as nearly anybody else when it comes to determining what happens from this day forward.

Besides emphasizing how and what you perceive along with where and how you focus, the astrology for today and the week to come is surprisingly deferential. The Sun is only in the very first degrees of Aquarius. Today’s Scorpio Moon has basically started closing out old business. Mercury is in the same patch of Capricorn where it has spent the better part of two months. It’s almost as if the interior of the solar system is saying: “ain’t see nothin’ yet.” 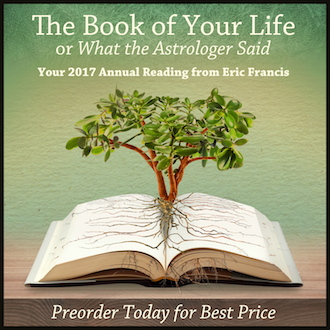 Outside the main asteroid belt, the message is not all that much different. Mars has not quite gotten home to Aries, and won’t until after the New Moon a week hence. Jupiter is not quite standing still, and will remain that way until weeks after its retrograde begins on Feb. 6.

Saturn still has the better part of a year until it reaches its Capricorn dominion. Finally, all the sign-ruling planets that mediate between your life and history (Uranus, Neptune and Pluto) are, even today, still proving a thing or two.

In sum, the skies are all but deferring to to you, at least until the end of the month. It is almost as if you are being given your chance to set a tone and lead the way after all the hoot and holler in D.C. has yielded to to yet another working day. Given its historic role as an arbiter of time, however, the cosmos cannot possibly wait on you forever.

If there is anything to astrology, your appropriate role at this time does not involve either mourning or celebrating. Instead, it would be most appropriate to make use of the time you are being given with your own mind in mind. If you can only come to better know the power of your perceptions by next month, you will have stepped forward. If you can also manage to stand in the power of choosing your own focus, you will have stepped to the front.

The most important part of what is yet to be seen is what you have yet to show.

One thought on “Keep Your Mind In Mind”