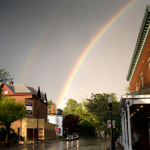 There’s an excellent old song by Bob Dylan called “Stuck Inside of Mobile with the Memphis Blues Again.” The song is a take on that cosmic joke of being in the right place at the wrong time. For example, finally getting the chance to do something, but then it’s no longer appropriate for you. […]

There’s an excellent old song by Bob Dylan called “Stuck Inside of Mobile with the Memphis Blues Again.” The song is a take on that cosmic joke of being in the right place at the wrong time. 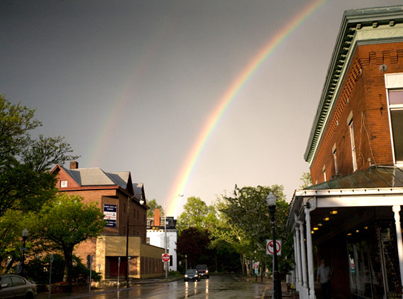 For example, finally getting the chance to do something, but then it’s no longer appropriate for you. You get the news you need, the day after you needed it.

Or you finally get the attention you want, but you can’t relate to people that way anymore. It’s an exuberant song, really, and I’ve included a link to one of the best versions in the player above. (The backing band is The Grateful Dead and this was recorded in 1987.)

This week’s Sagittarius Full Moon reminds me a little of that song. There’s a blend of optimism in Sagittarius style, idealism in Neptune style, and confusion or being pulled in two directions by Mercury and Mars in Gemini.

You just might find yourself in the very best place a little late, such as arriving after the party. The thing is, you still have time to get the message, to get yourself to the right place at the right time.

I suggest you listen to your intuition, not taking for granted that it’s correct. It might be, and ultimately that trust is based in a feeling and not in analysis.

The Moon-Sun axis reaches across Gemini and Sagittarius (the Moon enters Sagittarius June 1 at 3:39 pm EDT / 7:39 UTC). It’s the peak of the lunar cycle, and a time of high energy and high tides. There are many planets in the mix — too many to cover even a few of them. The Moon is ‘picking up’ and amplifying everything that’s going on in Gemini, on the other side of the sky. It’s picking up a good deal else but let’s start with Gemini.

Mercury remains retrograde in Gemini, working its way backward in that sign. That will last another 10 days or so; Saturday was the halfway mark. The retrograde is a reference to the past, and to some inward quality you may be seeking. Retrogrades tend to hesitate, often for a good reason.

But at the same time, Mars is in Gemini, driving some conversation forward. Mars is hot and fiery in Gemini, quite the opposite of pensive Mercury. And it’s in a long conjunction to the Sun — hotter and more fiery still. So there’s a kind of contradiction. It could influence timing factors; it’ll be essential to pay attention to data informing you of that whole place and time thing.

Next, the whole arrangement is square Neptune. That says slippery when wet; it says you may not really know what you’re thinking or what it means. There’s a need for clarity when planets make squares to Neptune; a need for devotion to your inner truth, and to match that with accurate words. The fewer the better, I would add.

And that is the whole point. You may not need to say much. Listening will be helpful — listening to yourself and to your environment. It’s as if there’s a message waiting for anyone who is ready to tune in. This is signified in the minor planet Iris, the messenger of the gods, in female rainbow style. Iris is in Virgo. What do you need, in order to heal? Perhaps give yourself some of that over the next few days.

One last thing. The Full Moon is conjunct asteroid Photographica. This is one of the most literal asteroids of them all — it’s always about photos and the people who make them. Photography is such a constant part of our lives, it’s akin to air. We are looking at pictures every day, almost all the time, taking it for granted. Here’s a literal message from Photographica: pay attention. Look at what you see. Keep a photo diary of the next few days. Study the pictures and you’re bound to see something you were missing.

14 thoughts on “Get the Message: Sagittarius Full Moon”