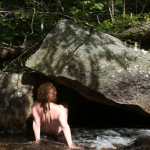 In recent weeks most attention has been focused on early Gemini, as Mercury stationed direct there several days ago. You may still be noticing the retrograde effect — for some, it’s more palpable in the days and weeks after the retrograde ends. Now late Gemini is the focus. Tuesday the Moon and Sun form a […]

In recent weeks most attention has been focused on early Gemini, as Mercury stationed direct there several days ago. You may still be noticing the retrograde effect — for some, it’s more palpable in the days and weeks after the retrograde ends. 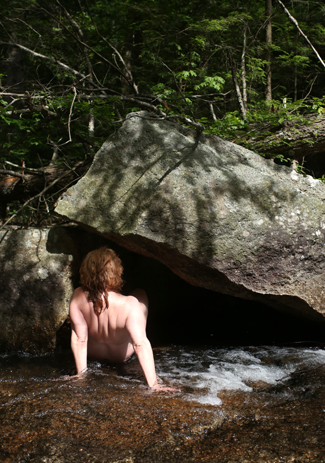 Now late Gemini is the focus. Tuesday the Moon and Sun form a conjunction there, also called the New Moon. Under some circumstances the New Moon has a quiet intensity or none at all, though the current aspect pattern describes many situations that are on the move.

On Sunday, Mars and the Sun formed a conjunction or exact alignment with the Earth, and with Mars moving at close to the speed of the Sun, they will be aligned for a while, including during Tuesday’s New Moon. So really this is a triple conjunction, with plenty of energy behind it.

Part of that energy is coming from across the sky in Sagittarius. The Moon, Sun and Mars are opposite the Galactic Core — that is, the supermassive black hole that binds together the Milky Way, where we live. This can feel like an invisible wave rising, and describe some event that has a wide and sweeping influence.

I think of the GC as having a spiritualizing effect, serving as a kind of homing signal and connection to a very wide perspective not normally available while staring at a row of buildings or gas pumps. The GC whispers that we are part of something larger, and again larger than that.

With Mars and the Sun in this pattern, we have the image of an alternative to anger — and a hint as to what is at the root of anger: alienation from oneself. That alone may not be enough to help, without plenty of awareness and some sense that there’s any option.

Many other planets form aspects simultaneously around the New Moon, picking up its influence directly. They’re all worth mentioning, though for now I’ll describe two in particular. In late Sagittarius opposite the New Moon is a centaur planet, Pholus. It’s the second centaur, the one associated with the uncontainable release of energy. Mars seems to provoke Pholus to spontaneously cut loose.

But what quality is it possessing? In Sagittarius it seems like a condenser for whatever may be emanating from the Galactic Core.

Pallas Athene, an asteroid, is also in the mix. Typically Pallas involves political issues, and this will likely be expressed in news events through the week. Even in the current extremely weird environment of political breakdown, we could see some genuine weirdness.

I think there’s something else going on below the surface, which is overt sexual frustration. The first clue is Pallas Athene, which says “sexless” like few things can.

I am beyond overjoyed that there are some people who seem to be able to, and have occasion to, express themselves sexually on a regular basis. But I don’t think that describes most of the population. By a diversity of indicators (cultural obsession with sexual violence rather than pleasure, nonstop scandals, sense of alienation, fear, paranoia about disease, twerking, etc.), the frustration level is in the overload zone.

Right in the mix of this supercharged aspect pattern we also find Cupido, Magdalena, Eros and Aphrodite. Arachne weaves the whole scenario together as if it’s one cohesive story, stitched into everything — into all social interactions.

Since anyone who points out the sexual tension in society is at risk for being seen as someone who doesn’t get enough sex, it’s not an especially popular topic to bring up. It’s just you after all. Everyone else just had an orgasm five minutes ago. To me it feels like a massive collective fart with all of society holding its breath.

There is, however, little we can do about sex or sexual tension on the collective level, as the glamour act and shadow wars leave little room for anything creative or friendly. Resolution seems possible only on the person-to-person scale. So if you’re consciously holding out for some reason you know in truth makes no sense, give yourself and the world a break and let in a little fresh air.

14 thoughts on “Gemini New Moon, Looking into the Galactic Core”