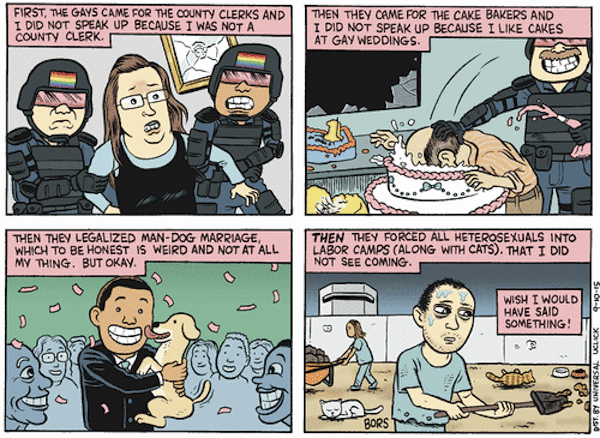 12 thoughts on “First the gays came for the county clerks…”