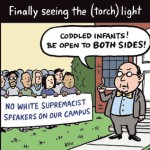 What will it take for some people to recognize that condemning white supremacy isn’t a matter of debate? Jen Sorensen breaks it down. 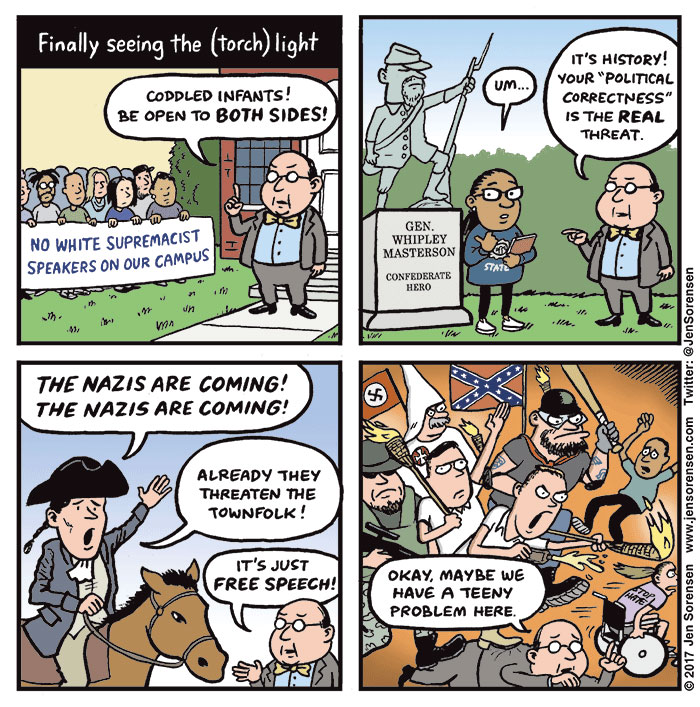 3 thoughts on “Finally seeing the (torch)light”