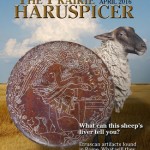 Astrology aficionados around the globe expressed shock and concern after several senior members of the profession disavowed the ancient starcraft in favor of haruspicy, or divination with the entrails of animals. 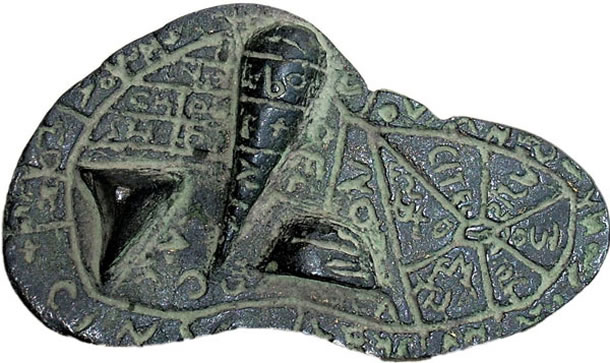 Astrology aficionados around the globe expressed shock and concern after several senior members of the profession disavowed the ancient starcraft in favor of haruspicy, or divination with the entrails of animals.

All you need to know.

“It’s true that in the golden age of horary astrology, the mid-1600s, some people might have chosen to have a chart cast, whilst in the next stall you might have asked the same question to someone reading chicken guts,” said Cornelius Geoffrey II of Scotland, a former astrologer. “You might call that the marketplace of ideas. Well, it is back.”

Websites, apps, conferences, a book and even a magazine, The Prairie Haruspicer, have all sprung up the past few weeks, causing a surge in the economy and setting the astrological profession on its ear as thousands of obsessive fans stampeded over to the hot new corner of both cyberspace and meatspace.

“When I found out my Sun sign was wrong, I lost all faith in astrology and everything,” said one seeker. “This is real. At least I know chicken livers exist. And they would have no reason to lie.”

Tyson then burst onto the set as a guest of Larry Wiltmore on Comedy Central’s The Nightly Show, interrupting a program while it was in progress, previewing the act he’s going to take on the Chitlin Circuit.

However, he said during the more serious part of the interview that he had learned much as a child secretly studying guts, but he later was afraid that other scientists would ridicule him if they knew.

Discussion of the new trend in divination started with civilized, humble roots on Reddit, yet matters rapidly degenerated to a Subreddit called L’Abbatoir, where things got grisly fast. Protests erupted in Asheville, North Carolina, after a butcher there was caught giving readings to customers informing them that they were soon destined to meet him at the local Motel 6.

He was also caught with a blog and podcast called The Meat Market, which picked up half a million Instagram followers the first 12 minutes of its existence, sources said. Vegan protesters groaned slogans and marched somberly around in circles outside the butcher shop, also demanding an end to hamburgers.

All over, sincere seekers looked within for their answers — within other formerly living things, that is. Many felt they had discovered the secret to the universe. 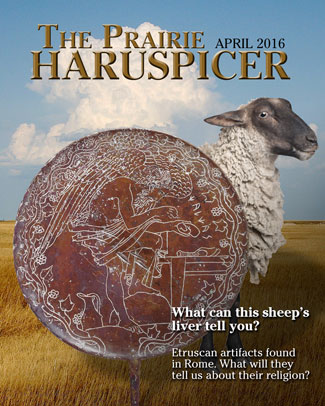 An app, numerous websites and even a new monthly magazine based in Colorado have helped spur the surprising new haruspicy revolution.

This seemingly strange development has its origins more than 20 years ago with the founding of Project Insight. The innocent-sounding organization invested a $6 million federal grant in retrieving formulas for blood sacrifice, as well as translating ancient spells out of Aramaic and retrieving information about how to make actual magic wands.

Among the information they discovered in the files was the Thema Gutsy, an ancient Sumerian table that tells you everything you need to know about everything, symbolized by organs.

“I saw intestine divination, and I realized we had a potential big hit,” said Bobby Levine, a serious trendsetter and co-founder of HaruIQ.com out in Silicone Valley, where all the good things are made of silicone.

“By the way, including my new Harm-Free Home Haruspicy Kit,” Levine added. “Get the app or click on the top left of the website.”

Bookstores from coast to coast hurled their astrology collections into the basement, and scrambled for products related to the topic. Those included veterinary anatomy guides, cookbooks, and that kid’s toy with the spinning dial and animal sounds.

The newly revived method of divination will help people answer questions such as, “When will I get married?” “Will I ever make something out of my life?” “Is my mother alive or dead?” and “What the hell is wrong with me?”

Spotting the trend as they always do, The New York Post quickly developed and created “Your Daily Haruscope,” though only after encountering a marketing issue about what the heck to do if you don’t have zodiac signs for people to relate to.

After experimenting with ‘signs’ consisting of assorted innards of different creatures, the column now relies on the conventional 12 Sun-signs but the information is derived from mouse entrails, because each entry is just 30 words.

In addition to being a pop sensation, the practice is used by even the most serious, scholarly research practitioners.

“The twists and turns of the intestines closely parallel the course of history, with extreme precision,” said Ricky Tacardo, who is a professor and author of Wake Up, You Fools and My Brain Is On Fire.

“And, usually, the result of both processes — of society and intestines — is a good bit of poo, and loads of greenhouse gases.”

Not everyone liked the development. “I was doing fine with navel-gazing,” said Goth Girlfriend, who is also a minor-league rocker now touring New England. “I really didn’t need to know what was in there. This is TMI. I feel skeeved.”

“But that’s a good thing because it gives me something to write about,” she added, gesturing at her little black lyrics notebook.

Meanwhile, it turned out that Robert Hand Clow, a distant cousin of two more famous contemporary astrologers, had been quietly researching the whole entrail thing for decades.

He released his full findings to the Library of Congress about 20 minutes ago, as a skilled haruspicer divined would occur slightly before it happened.

It did not take long for corporate America to get into the game. The Methane Bubble, as it became known, began to inflate immediately. Yesterday Cargill and Monsanto held a joint press conference wherein they promised “a designer future for everyone.”

Yet the world was mortified when a genetically modified, gutless, featherless chicken hit the market, in effect stealing the future outright.

PETP, or People for the Equitable Treatment of Planets, issued a press release late last night. “First it started with Pluto, and now it’s all the planets,” the statement says. “Eris is gonna be pissed.”

9 thoughts on “Who Needs Astrology When You Have Haruspicy?”