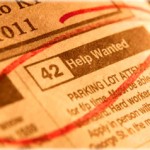 In today’s archive selection from the Aug. 28, 2009, members’ edition, Eric answers a question from a reader who was expecting to get laid off at the start of a Mercury retrograde. Sometimes a brief delay really can save you months of frustration.

In today’s archive selection from the Aug. 28, 2009, members’ edition, Eric answers a question from a reader who was expecting to get laid off at the start of a Mercury retrograde. Sometimes a brief delay really can save you months of frustration. — Amanda P.

One of the recurring questions I get as an astrologer is, what do I do if I have to make a decision or purchase or important move while Mercury is retrograde? Here’s a question that came in this morning, typical of the genre:

I am about to get laid off from my job. I won’t go into the details, but I’ve worked for this company for 8 years, I’m pretty good at reading the signs. (They’re firing old timers like me so they can bring in newbies for lower salaries.) I think the axe is going to fall right after Labor Day, when all the employees come back from the holiday. I am 90% sure I am next to go. So if they can me, it means I will have to conduct a job search during Mercury Retrograde! I have no choice, I don’t have a lot of savings and I need to get a new job ASAP. But I know that starting new things, like jobs, during a retrograde is not such a hot idea.

There are a few layers to the answer. Astrology is all about time and timing. If you have something really serious, interesting or with a lot of potential going on, that’s the time to hire an astrologer to work out the details with you, and to help you find the silver lining. What an astrologer would do is create a chart for whatever it is that needs to happen. Sometimes you just cannot wait. Most of the time you can; but there are those rare few instances.

Short of working with an astrologer, think logically, and astrologically. Mercury is not retrograde for that long. The station direct is Sept. 29. If the reader expects to be laid off the first week of September, he would be unlikely to find a new job within two weeks; that would be a warm-up to a basic search. It’s important to not make what you want to be a “final commitment” before Mercury is about to change directions. In my experience, most of what happens during the retrograde is wiped clean after the station direct. Most things — not everything. It would be a good test of what has sticking power.

The reason not to make commitments during Mercury retrograde is not because “you’re not supposed to” but rather because, in general, it saves time to wait. By saves time, I mean you could save yourself a year of misdirected effort by pausing for a couple of weeks.

Part of what Mercury changing directions is about is that the truth comes out. It’s like shaking the tree of the mind and some extra nuggets tumble down. Whatever shows up is usually important or at least meaningful information. And this is information you will benefit from working with. But you can’t do that if you don’t know what it is; and that takes patience and some skill at observation.

Remember that the three days on either side of the station (retrograde or direct) are the most turbulent and unpredictable. Those are the most meaningful days to pause, no matter how urgent the situation is. If your boss is pushing you, either delay, or plan to redo what you’re doing. The astro-logic to this is simple to follow: a highly influential, close-to-home planet like Mercury, so intimately connected to our mental environment, changes direction; it’s like it changes its mind, or thinks in a different way. So part of what we’re doing is working with that current and arranging life consciously so that it works better.

This is a little like checking the tidal chart before you try to enter a harbor in your boat; if you enter while the tide is going out, it might take you hours to go a mile.

There are times when we have to make a move, decision or purchase with Mercury retrograde. That’s the time to read the fine print; get the service plan; and be ready with Plan B. At least you can say that things tend to work out differently under this influence; they are subject to change and reassessment; and you need to be prepared. For that, you merely need to remain open and flexible and have extra patience.

One of the most common phenomena I’ve noticed with Mercury retrograde is thinking something is wrong when it’s not. Mercury is a trickster, which amounts to tricky. Go for minimal solutions, and if you have to delay or work on a ‘partial system’ that’s usually advantageous. Part of the trickiness is knowing what problem you’re trying to solve. Often there is no problem, life is just acting like there is one. Other times there’s a twist. Such as, you’re working on one issue and you run into a problem but you don’t know you’re dealing with an entirely different thing at the same time — such as a loose cable.

Watch out for these things. When all else fails break out the scientific method of hypothesis – design experiment – conduct experiment – note conclusion – repeat to make sure you got it right the first time or two. In short, use your mind, and remember that not everything has to happen today.