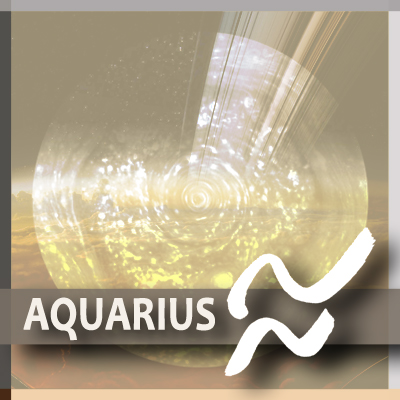 Aquarius (Jan. 20-Feb. 19) — Saturn entering your birth sign or rising sign is an event to prepare for. The date of arrival is March 21, just past the forthcoming equinox. So you have a little time, which I would suggest you use consciously. One question you might ask yourself is the nature of the internal struggle you’ve been through during the past few years of Saturn in your 12th house (which began in late 2017). What, exactly, have you been working through? Were you even aware of the depth of the material you were processing, or did you plod along attempting to maintain your life as usual? Some deep questions have been nagging, and at times, dragging you into situations you may not understand. Superficial explanations will be of no help, despite their immense popularity. You need to be honest with yourself about the ways the past has held you down, and the role of denial in this scenario. You may have some completions to do with people from your past, or who are in your life now. The central question is what it means to be honest with yourself, and how you know whether and when you are doing it. Then there is the matter of connecting with your actual creativity, and your desire to do something that is more fun. When you have tried that previously, what has held you back? That is something to get real about, and upon which to focus your intelligence and your desire for healing. Said another way, you must have no secrets from yourself.

(Jan. 20-Feb. 19) — Perhaps the most misunderstood sign of the zodiac, we can for sure say that the Aquarius personality values intelligence, ideas and loves a good theory. 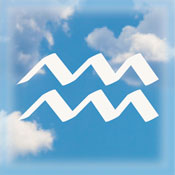 Yet progress for its own sake is not what you’re after; Aquarius people are the discriminating embracers of innovation that works. Just to give one not so random example, you’ve probably got your hand on a mouse right now. That was invented by Douglas Engelbart, an Aquarian.

Aquarius has a strange relationship to time, as if you carry around your own time zone. You’re always living in an era of your own (past or present) which is never quite in sync with the present as defined by others. This carries into the often-noted contradiction implied in the sign that is at once associated with constant changes, and is also considered a fixed sign; for you the only constant is change, and you resist that change as much as you invite it.

That’s because most change is pointless, driven by boredom or profit, neither of which are specific turn-ons for you. You’re not against money but you favor people (unlike many who are turned on by money). Like progress, money has a purpose: food, shelter, pleasure, sharing. It has little value for its own sake. Accordingly, you need a career you believe in ardently, and in that career you will excel. People will think it’s because you’re smart; in truth it’s because you do what’s important to you, what you feel belongs on the planet.

Traditionally, Aquarius is ruled by Saturn, a fact that is nearly forgotten today; in modern astrology it’s usually associated with the more wild, unpredictable and revolutionary planet Uranus. In truth, Saturn and Aquarius tell us a lot about one another — which is why Saturn is such a dependable agent for change and why Aquarius is so steadfast in its choices. Yet Uranus brings in three critical elements of Aquarius: your affinity for groups, your inventive spirit, and an ethos of fairness. You’re not afraid to change your mind if something, or someone, makes more sense than your prior ideas.

The Saturn/Uranus paradox embodies the chasm over which you must often stretch your body and your soul. You seek both individuality and group identification, but lean more toward the first, which is a good thing: only an individual can be part of a group. Yours is one of the human signs, and an air sign, represented by a woman holding an urn of water — or a ruler to measure the depth of the Nile. Fill that urn with water, so you have plenty to share.