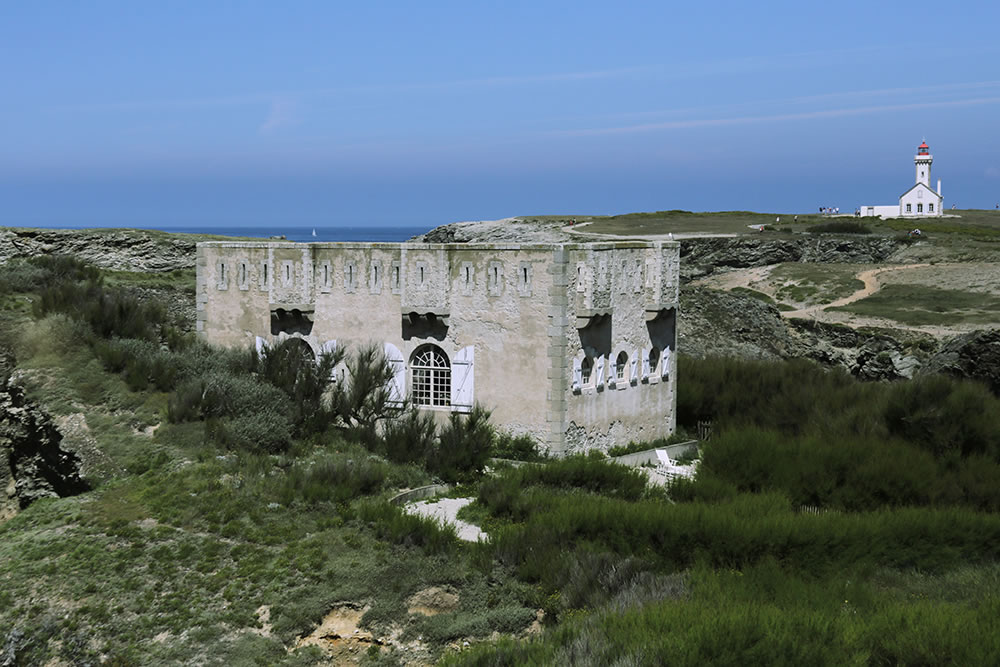 The old military fort on the French island Belle Ile en Mer, that The Divine Sarah Bernhardt (sometimes called The Scandalous) converted into her summer haven. The famous actress may have been born on October 22, 1844, though her original birth certificate burned during the Paris Commune. She created a new one, but there are inconsistencies and she was generally known to have had a casual relationship with the truth. She is famously reported to have replied to Oscar Wilde’s, “Do you mind if I smoke?” with, “I don’t care if you burn.”