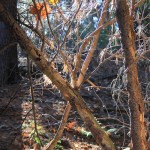 With Mercury approaching Saturn, we get an illustration of a parent-child dynamic. In other words, even though you may be an adult, you’ll want to notice when your interactions with others cause you to revert to childhood behaviors of the kind you had with your parents.

by Amanda Painter, with Eric Francis

If you’re in the U.S., you’re likely gearing up for the Thanksgiving holiday later this week. For some, this means gathering with family (which may be enjoyable or tense, depending on the family); for others, it’s an opportunity to create new traditions with ‘family of choice’. But even if you do not celebrate this holiday, the astrology this week carries the same basic message.

Setting the stage — or the dinner table, to use another metaphor — the Sun leaves Scorpio for Sagittarius on Tuesday at 10:05 pm EST (3:05 UTC Wednesday). 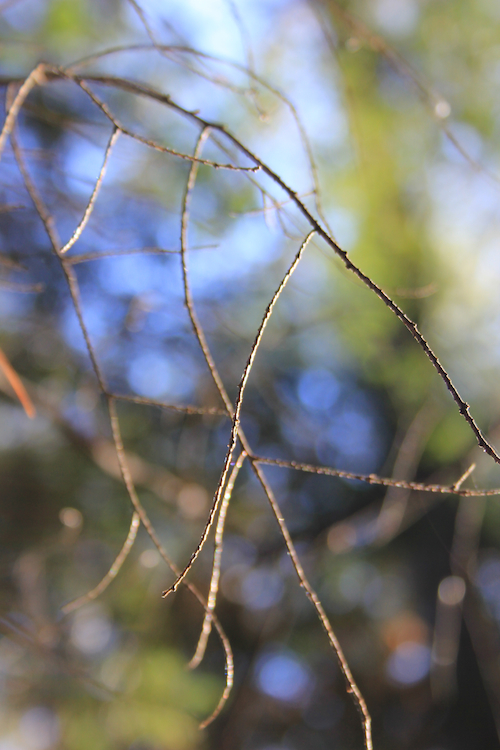 Along the Fore River; photo by Amanda Painter.

Although this may shift the overall tone of consciousness toward the lighter side, I would not expect all of the intensity of recent news trends to weaken.

In fact, in terms of the tidal wave of accusations and admissions regarding sexual transgressions, solar Sagittarius might actually represent a collective ability to focus the issue. That remains to be seen, but might be worth watching for — or, better yet, participating in actively.

If you tend to gather with relatives of widely varied generations and political leanings, this week’s astrology may speak especially clearly to you. Here’s the setup: late in Sagittarius Saturn is approaching a conjunction to the Galactic Core (exact Saturday) and centaur planet Pholus. Mercury is approaching Saturn (exact Nov. 28) and the GC and Pholus. Also clustered there is a hypothetical point called Cupido.

Cupido has to do with people coming together in groups of all sorts, from marriages to families to corporations and whole societies. Think tribal; and the original tribe is the family.

With Mercury approaching Saturn, we get an illustration of a parent-child dynamic. In other words, even though you may be an adult, you’ll want to notice when your interactions with others cause you to revert to childhood behaviors of the kind you had with your parents. It might happen with your actual parents; but it could also crop up with anyone who’s a perceived authority figure.

We tend to carry holograms of our parents with us, and project them onto others. Holiday gatherings are especially ripe for this kind of energetic or psychological dynamic: they tap into lots of memories and traditions, both cherished and traumatic; they often come with specific, almost archetypal roles that people are asked to fill; there may be a variety of age groups gathered together; and so on.

While you might also find yourself unconsciously slipping into a parental stance with someone, it would seem that reverting to your inner child is often the more problematic, because it is the more disempowering role to be in. If you can’t seem to stop yourself from reacting in certain ways, especially in ways that feel emotionally disproportionate to the situation at hand or disempowering, this is the first dynamic to check.

Mercury represents the child in this astrological setup, and Saturn represents the authority figures, older people and structures. Yet this Mercury-Saturn conjunction is happening with two very important holiday guests: the Galactic Core and Pholus.

As much of a heavyweight as Saturn is, the Galactic Core is much, much larger — and has greater influence. However, the influence of the GC is less obvious to us. 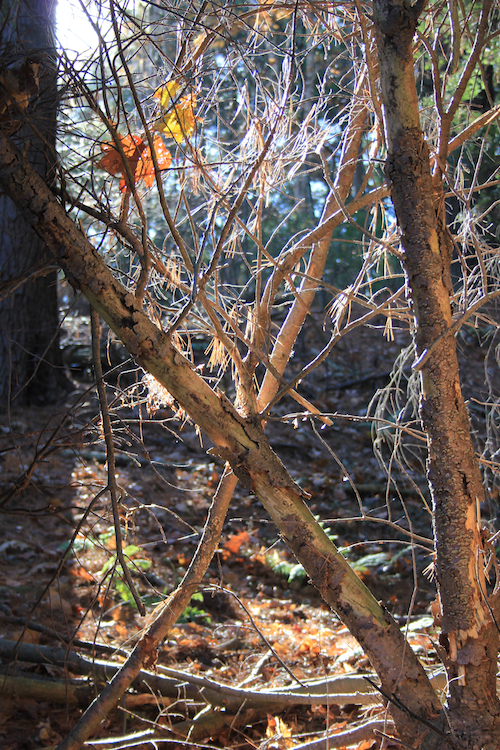 Along the Fore River; photo by Amanda Painter.

It’s more like Saturn is disguised by this other influence, which includes the subversiveness of Pholus. Saturn, very late in its sign, is therefore at a very special release point; it is not ‘normal Saturn’, not the usual contained structure we’re familiar with.

In fact, you might think of it like this: If Saturn could normally be symbolized by a vase, then the Galactic Core would be the water inside, and Pholus would be cracks in the vase. Pholus, which often signifies alcohol or the small cause with the big effect, also represents breaches and ruptures. While Saturn tries to contain, Pholus opens up the container.

It would seem that the cracks in this container are currently held together with water-soluble glue. And what did we say the water was? Right: the Galactic Core. The massive, ineffable center of our galaxy; our cosmic homing signal; an astrological representation of all that ‘spiritual material’.

This means not only do you have the option — and the power — to remember that you are an adult when you encounter relatives and ancestors (or their surrogates) who might treat you like a child, but that the whole parental “shtick” is fragile. If you tap on it lightly, it might burst. Stick to your truth and don’t be intimidated.

Think you can do that? Sure, you always have the option to go hang out with the dog or the kids if parental-types piss you off (numbing yourself with booze, however, might be especially problematic, given the presence of Pholus; at the very least, leave things like driving and carving the turkey to someone sober). But this year, why not stay fully present and challenge them?

The times do seem to be changing. What moves in to fill the space that’s opening needs to be chosen consciously. But that doesn’t mean you can’t have a little fun in the meantime. After all, with all this activity in Sagittarius, we might finally discover that the universe does, in fact, have a sense of humor. You’re allowed to use yours, too.

5 thoughts on “You Are an Adult”