Amanda Painter offers a roundup of media commentary on who’s looking stronger in the April 19 New York primary. If you can make it there, you can make it anywhere, right? New Yorkers are not voting early much, which might’ve helped Hillary; two of Trump’s kids can’t vote for him; and Bernie’s visiting the Vatican. Who’s going to take the biggest bite of the apple?

On the heels of the Wyoming primary, presidential candidates Bernie Sanders, Hillary Clinton, Donald Trump, Ted Cruz and John Kasich are gearing up for the April 19 New York primary. While Sanders and Trump were born there and Clinton resides there now, Cruz and Kasich have no personal ties to the state; in fact Cruz — Mr. ‘New York Values Are Alienating’ — is not even campaigning in the Big Apple, choosing instead to focus his efforts on the West Coast.

Hillary, Bernie, Donald, Ted…but where’s John? (John who, you ask?) Why, John Kasich, of course — the third Republican still standing! Does anyone in New York even know anything about him?

So who’s going to take the biggest bite?

It’s not necessarily an easy call, partly due to the fact that New York has a ‘closed’ primary; meaning that anyone wishing to vote in it would have had to be registered as either a Republican or Democrat to vote in that party’s primary by this past Oct. 9. That’s more than six months, and this primary season has only gotten more and more impassioned with each month that has gone by.

NBC News says that Sanders has not fared as well as Clinton in ‘closed’ primaries:

Sanders lost all three primaries held so far this year that barred independent voters, and closed primaries dominate the final eight weeks of the primary calendar. Nine of the remaining 17 contests are closed primaries, including four out of the five biggest (New York, Pennsylvania, Maryland and New Jersey).

In New York, tight laws and early deadlines will compound the challenge for Sanders.

There is no same-day registration in the state. Independents or members of third parties who want to vote as Democrats had to change their party registration by October 9.

And new voters — another key Sanders voting bloc — had to register by March 25, just days after the Sanders campaign deployed their first paid staffers in New York and the day before they opened their first field office there. 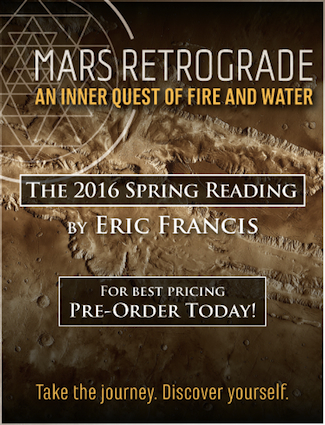 Luckily for Sanders, we have the Internet — and social media has been positively manic with political rants, memes and entreaties for months. Large numbers of Millennials seem to be genuinely fired up by Sanders.

So that lack of a field office might not be as damning as it would be for older demographics — assuming, of course, that first-time voters rallying behind Bernie in New York got the memo about the March 25 deadline in time.

But another key component of these contests – especially for the Democrats, apparently — has been early voting via absentee ballot. Not all states allow this, and some have significant restrictions on it; in other states, (such as in Maine) you just have to show up at City Hall by a certain date to vote absentee prior to an election or primary/caucus.

According to Seth Abramson at The Huffington Post, New Yorkers have not done much early voting — which might not bode as well for Clinton:

New York, like eight other states that have held primaries already, allows in-person absentee voting — but, critically, few are making use of it. According to the most recent polling in the state — a poll taken between April 4th and April 7th — only 8 percent of Democrats have already voted. Yet even these figures are suspect, as a poll taken by CBS between March 29th and April 1st showed very different results: at that point, zero percent of New York Democrats had already voted (the actual number being closer to zero than to one percent). Is it possible that hundreds of thousands of Democrats voted absentee between April 1st and April 7th? Sure. Is it likely? No.

And since early voting has favored Clinton in many states where same-day voting has favored Sanders by significant margins, this brings up a question: If Clinton does not have her usual early-voting cushion in New York, is the state really hers for the taking on April 19? Or might Sanders be more of a threat than people are giving him credit for?

It’s worth noting that more delegate-rich states with restricted early voting or no early voting are still yet to come this primary season.

But let’s face it: polls don’t tell the whole story, and they can often be spun to suit a variety of views. Here’s a point made by The Washington Post:

If Trump doesn’t hit that 50 percent mark in New York, a state where he should do well, he’s in deep trouble. He’s in trouble anyway, still having to scramble through the remaining states to hit 1,237, but if he misses the mark in the friendly turf of his home state, he’ll have to do much better in California on June 7 than he does already.

Who won’t be helping Trump in his bid for New York delegates? Two of his three oldest kids. That’s right: siblings Ivanka and Eric Trump are not registered as Republicans, and missed that October deadline to switch their party affiliation. As The New York Post reports, Trump claimed ignorance on behalf of Eric and Ivanka:

“No. They had a long time to register and they were, you know, unaware of the rules, and they didn’t, they didn’t register in time,” Trump told “Fox & Friends” on Monday. “So they feel very, very guilty.”

“But it’s fine. I understand that. I think they have to register a year in advance and they didn’t. So Eric and Ivanka, I guess, won’t be voting.”

So: Cruz fled to Cali; Kasich is… I have no clue about Kasich, I admit. I don’t even know what his platform is, but I cannot imagine it’s more terrifying than Cruz’s. If it were, he’d be a frontrunner in this Race for America’s Shadow Side that seems to be playing out among the Republicans.

Clinton had this bit of insight to offer New Yorkers this past weekend:

“I not only love New York and am incredibly grateful every day that I had the honor of being your senator, but I actually think New York values are really good for America.”

Which is great, but when you get former president and humanitarian icon Jimmy Carter publicly criticizing your tenure as Secretary of State — “When Secretary Clinton was Secretary of State, she took very little action to bring about peace. It was only John Kerry’s coming into office that reinitiated all these very important and crucial issues.” — you might want to try a little harder. (Of course, that’s not all Clinton has said to New Yorkers, but still: you can do better than riffing off of Ted Cruz, Hillary!)

Meanwhile, Sanders the non-religious Jew is heading to the Vatican to give a speech about the economy. Sure, he may have solicited for his invitation to visit Pope Francis. But he also had this to say, according to Democracy Now!:

You know, it goes without saying that I have my strong disagreements with certain aspects of what the church stands for, but he [Pope Francis] has been out there talking about the need for a moral economy — a moral economy — an economy in which we have the moral responsibility to pay attention to what he calls “the dispossessed.”

Now, are “the dispossessed” of New York hearing this? And more importantly: Did they register to Vote Democrat by the Oct. 9 deadline? We’ll find out on April 19.

3 thoughts on “Worms in the Apple”