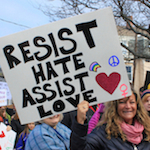 During tomorrow’s Aquarius New Moon, the Sun and Moon themselves are not making any major aspects to any major planets; the action seems to be happening elsewhere in the chart. Amanda Painter suggests it’s an apt metaphor for the importance of community awareness even at one’s most introspective moments.

Tomorrow is the Aquarius New Moon: when the Sun and Moon form a conjunction to begin a new lunar cycle. Curiously, the Sun and Moon themselves are not making any major aspects to any major planets; the action seems to be happening elsewhere in the chart, which is an interesting kind of commentary in and of itself. 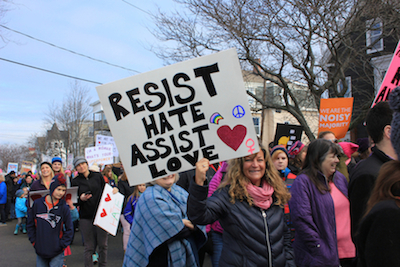 For one thing, it’s rather fitting that the sign associated with groups (which is a collective of individuals) is hosting a New Moon whose chart emphasizes events other than the New Moon itself.

I read it as a metaphor for the importance of community awareness even at one’s most introspective moments. For example, events of the past week could be prompting you to do some deep questioning; it’s possible you’ve been drawn into old patterns of fear and anger; maybe you wonder about your effectiveness as one individual in the face of a political machine that is massively larger than you are.

It would be very easy to give up and retreat into the confines of your own mind. Except for one thing: there is just so much energized social and political activism happening right now.

Looking within will give you one view; looking around you will give you another view — one that’s possibly very motivating in its opportunities to get involved. The two forms of awareness have to work together.

So while the New Moon Friday night at 7:07 pm EST (00:07 UTC Saturday) is a natural time to quiet yourself and look inward, it would make a lot of sense if that introspection also points you back outward — to your local community, to the national stage, to global issues — and informs you somehow about how you, as a unique individual, can contribute to the work being done to benefit the common good.

Remember, Saturday’s Women’s March on Washington and its many sister marches was only the beginning. It was a rallying cry; and now the real work must begin. Some of that will be individual work; some of it will be collective. All of it is necessary.

As for the other astrological things happening in the Aquarius New Moon chart, one is that Mercury finally leaves its post-retrograde echo (or shadow) phase several hours before the New Moon. This means that Mercury (in mid-Capricorn) is finally traveling over some new zodiacal territory. If you’ve been dealing with reverberations from its retrograde for the last two-and-a-half weeks or so, you should be able to tie up any loose ends you’re still wrangling. It’s also a symbol of a refreshed mental space, which feels long overdue.

Just twenty minutes after Mercury slides free, Venus in Pisces makes a square to Saturn in Sagittarius. At first glance, this aspect reminds me of something an old friend is fond of saying: “You only truly have what you give!” Whether you’re talking about love, money, compassion or something else, it’s a pretty sound way to approach life. Generosity tends to open the way for receptivity. But stinginess closes you off to receiving just as much as it closes you off to giving — because it’s an energetic cycle. 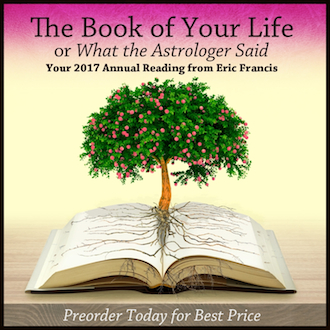 Yet, taking a closer look at the signs Venus and Saturn are in, another layer of meaning comes through.

Taking into consideration the social and political context I was just discussing, let me ask you this: are certain friends and loved ones not living up to your moral, political or ideological standards of “love and compassion for all”?

Saturn in Sagittarius can indicate a rigid and self-righteous belief system. Venus in Pisces can be seen as love and compassion for all, all the time. In a square aspect, we get an image of tension looking for a path of integration.

So, where are you at with those concepts? Is your own capacity to love and empathize feeling a little constricted in our hyperpolarized political climate, especially in the Aquarius-ruled environment of digital media? Do you feel like you could use a reminder of what compassion for those who piss you off and push your buttons feels like?

I’m not suggesting that you offer yourself up to bullies and abusers, by any means. Healthy boundaries are important; Saturn can help with that, as can the Aquarius New Moon itself (traditionally ruled, as it is, by Saturn — with modern ruler Uranus sparking progressive ideas). But if you’ve noticed any rigidity in your assessments of people you’re close to, or if your current zealotry on some issues is feeling a little myopic, it’s okay to take a step back and self-assess.

What are your deepest relational ethics, and are you working in alignment with them? Is there any sense of lack within yourself that’s influencing your interactions with loved ones — and if so, can you ease up on that and find where you can allow more generosity? Apropos of the New Moon, a little solo time could give you the space you need to recalibrate.

A brief metaphysical pause from the fray could be just the ticket to feeling ready to re-engage with your community, whatever that looks like for you.

11 thoughts on “When Looking Inward Points You Outward”