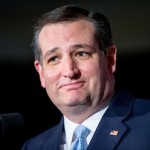 A “pathological liar,” “utterly amoral” and a “sniveling coward”; these are just a few of the things Sen. Ted Cruz has called Donald Trump, vowing to withhold any endorsement of the Republican presidential candidate. On Friday, Cruz walked all of that back to officially endorse Trump.

A “pathological liar,” “utterly amoral” and a “sniveling coward”; these are just a few of the things Sen. Ted Cruz has called Donald Trump, vowing to withhold any endorsement of the Republican presidential candidate. On Friday, Cruz walked all of that back to officially endorse Trump, who also once said he would not accept Cruz’s endorsement should it ever be offered. 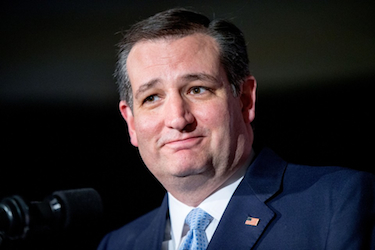 “I am greatly honored by the endorsement of Senator Cruz,” Trump said in response, apparently forgetting a hatchet even existed, let alone burying it.

Cruz listed six policy-focused reasons why he was backing Trump, in the Facebook post where he announced his change of heart.

But he didn’t state his real reason: so that he’s not left out in the cold in case there’s a President Trump for him to contend with.

First among the reasons Cruz stated was the importance of appointing conservatives to the Supreme Court, and citing Trump’s recently expanded list of white, male potential nominees.

Cruz also included Obamacare — which Trump has vowed to repeal — immigration and national security. Trump’s recent support for Cruz’s push against an Obama administration move to relinquish U.S. oversight of an internet master directory of web addresses also got a mention.

Yet, as many in the media are pointing out, those reasons seem hollow given Trump’s tendency to flip-flop his policy stances. Trump has already “revised” his initial (and astonishing) decree that Muslims ought to be banned from entering the U.S., and his tax plan.

Perhaps it’s just that Cruz is starting to get a whiff of his own desperation. Rather than following the advice he gave voters at the Republican National Convention (“Vote your conscience”), it seems Cruz is already looking ahead to his 2018 primary bid for his current Senate seat, and sees both the Republican leaders he’s alienated and a swath of Texan Trump fans.

“These are six vital issues where the candidates’ positions present a clear choice for the American people,” Cruz wrote. “If Clinton wins, we know — with 100% certainty — that she would deliver on her left-wing promises, with devastating results for our country. My conscience tells me I must do whatever I can to stop that.”

His conscience? Like the one he used to withhold his endorsement of Trump initially?

Maybe Cruz is just another hapless victim of autocorrect with that word. Or maybe it’s just politics as usual here in Bizarroland 2016.

3 thoughts on “Walk the Talk, or Flip the Flop: Cruz Endorses Trump”