This week, Amanda Moreno takes a look at the astrologer’s ability to time travel, and the ways this can feel both daunting and empowering. Using astrology as a spiritual tool for consciousness, the potential for encountering our shadows, or the parts of ourselves we try to hide, is heightened. But perhaps that is how we can get back in touch with our intuition.

This week I found myself time traveling. Astrologers can do that, you know. I animated my natal chart so that I could watch the movement of transiting planets over the chart as I clicked the “forward” button. I’ve played this little game before, but it’s been a while and I was wondering about the timing of the next Pluto-Uranus opposition, and whether it would hit any major points in my chart. Yes, indeed it will — if I am still alive. 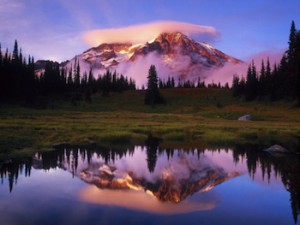 One of the first things I tell people during a tarot or astrology reading is that I don’t predict the future and I cannot tell them what to do.

I believe that astrology and tarot are excellent predictors of spiritual and emotional trends, and that free will comes in when we decide how to act based on those trends.

The interplay of fate and free will is such a tightly orchestrated little dance, I don’t like to give the divination tools too much power. I also believe it’s important not to ignore them altogether.

As someone who has a whole bunch of planets grouped together in fixed signs (Taurus, Leo, Scorpio, Aquarius), any time a slow-mover like Saturn or Pluto trudges through one of them I tend to experience a whole lot of change. Being able to see that there will come a time, in that far off place I call my fifties, when Pluto is on my Descendant and Sun at the same time as it opposes transiting Saturn on my ascendant helps me to contextualize what I’m going through now as a kind of preparation for that later phase.

I’ve also joked at times about quitting astrology until a given transit is over. Just ignoring it for a bit. The temptation to project all kinds of fear or anxiety over a set of symbols can be tempting. The gift of being able to prepare, however, is such a blessing. There is so much to be understood about that fear and anxiety, and such a delicate balance between staying aware of it and manifesting it.

The increased awareness that tools such as astrology can facilitate now brings to mind the question of fate versus free will. It allows us to understand and sometimes amplify our fears, especially those that manifest as recurrent patterns. My personal goal has been to be careful not to frame this as victimization, but rather in a way that underscores potentialities and tools for healing. I rest assured that my soul somehow had a say in the challenges I’d be facing in this life, and most of the time that’s helpful.

A few months ago, I kept coming across a thread on the interwebs that was spawned by a discussion between two astrologers. It appeared as if one was arguing that when ‘bad’ things keep happening to a person, it is an indication that they are less evolved. That’s a pretty rough paraphrase, but his comments sparked some pretty intense debate.

I found myself laughing at the audacity it takes to claim to understand someone else’s evolutionary path in hierarchical terms, even though I sometimes find myself referring to ‘consensus’ reality — the reality of those living in the normal 9-5 grind, watching prime time television, eating whatever the heck they want, never questioning the system, and happy (at least seemingly so) to play by the rules — in a way that evokes the same kind of divisions.

But the idea that those who struggle in their evolutionary journeys are somehow doing it wrong or less aware does not sit well with me. In fact, who am I to judge anyone’s path at all?

It seems that there is something inherently challenging and confrontational about the act of learning about one’s own astrological chart. Don’t we have to confront and trudge through our shadow material in order to learn to work with it? Isn’t that process at the root of astrological work, at least in some forms?

I’m reminded of a passage from Rudhyar’s Astrology and the Modern Psyche, which I have re-read now several times. In it, he discusses the ways in which in-depth examination of one’s own natal chart forces the potentialities of our individual paths to the surface, intensifying both the ‘good’ qualities as well as the ‘evil.’ He says:

“…as human beings are usually more struck by and respond more crucially to the ‘bad’ than to the ‘good,’ if a person strives after self-knowledge by studying his birth-chart with an intense belief in the validity of astrology, this study very often leads to an intensification of Karmic confrontations. This is as it should be; for this intensification of pain and tragedy through the focusing of Karma is an inevitable part of the process of purification and purgation (catharsis) of the ego. And this process is the first manifestation of the fact that the ‘education to personality’ is gaining momentum and becoming effective.”

This basic notion — that intense study of one’s chart increases the potentialities of the chart — also indicates that the ‘bad’ or ‘evil’ is particularly brought to the surface because we tend to be more comfortable with the good. Therefore the more harrowing, shadowy or perhaps just yucky stuff constellates in our psyches, finding room to express there and throughout our lives.

This passage in Rudhyar’s book is followed by a discussion of something Jung once wrote, which has to do with the fear that so many humans feel when trying to locate or listen to their inner voice. Jung gives credence to this fear by pointing out that the inner voice is something that can bring us in contact with the shadow. By guiding us towards our true calling or path, much in the way an astrological chart can, it also brings us in contact with our fears and our shadow.

Honoring that fear is part of the work. That’s why, whenever I meet someone who learns what I do and expresses interest in having a reading, I give them my contact information but I don’t push. I wait for them to reach out to me, indicating their readiness.

As much as I believe the survival of our species is dependent on people accessing and working with tools for consciousness such as astrology, I also know that at its most potent it can open windows to the soul that sometimes aren’t for the faint of heart. Although I suppose everything happens in the right time and place.

So while I’m grateful to be able to do some time traveling, I also hold the power of that spark of knowledge with lot of reverence because it isn’t a matter of fortune telling and parlor tricks for me — it’s a way of tuning into the soul and working with what is found there in a way that gets us in touch with that divine spark.

8 thoughts on “Time Traveling and Shadow”