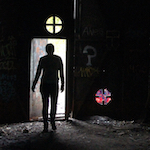 Mercury stations retrograde in Scorpio today. Mercury is associated with tricks, especially during its retrogrades, yet it does bestow treats as well — though as Amanda Painter notes, it requires actively seeking that perspective, in the form of recognizing the lessons hidden in the mischief and frustration.

Mercury stations retrograde in Scorpio today at 11:41 am EDT (15:41:20 UTC). It will station direct on Nov. 20. As strongly as Mercury is associated with tricks, especially during its retrograde phases, it does in fact bestow treats as well — though it can require actively seeking that perspective, often in the form of recognizing the lessons hidden in the mischief and frustration. 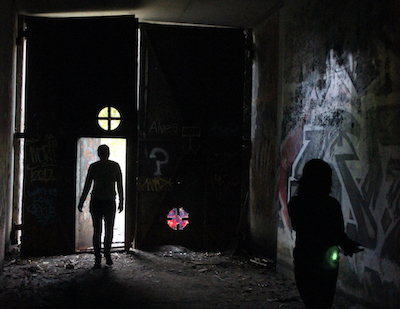 I guess you could say that the blessings of Mercury sometimes arrive in disguise, wearing an inconvenient costume.

You know, like that one friend who dresses up as a ‘concept’ that nobody gets, and then is bummed about having to explain it all night. (I’ve totally been guilty of that.)

Yet once you grasp the concept, you kind of have to applaud the cleverness behind it. Is Mercury too clever for its own good?

More likely we’re the ones guilty of that charge — zooming around, physically and mentally, often faster than our full awareness can keep up, and trying to fool ourselves into thinking that we’re ‘multitasking’. As you may have read before, Mercury’s retrograde phases are a good time to slow down — move slower, rein in the pace of your thoughts, take a little extra time and care with communication.

Mercury retrogrades are generally marked by a need for extra patience and diligence; you may need to work around things malfunctioning (including your own mind). Yet it’s also possible to approach them as a journey of discovery and reclamation. This one is occurring with the Sun in Scorpio, just as the veil is said to be thinnest between the worlds of the living and the dead. If you’re especially sensitive to the spirit realm, I’d be curious to hear if that’s heightened in the coming weeks.

Scorpio is also the sign of deep feelings, deep transformation and, when things don’t go well, the potential for deeply held grudges.

There are suggestions in today’s chart that we’re being sent on a deep-sea recovery mission, one that could lead to the regeneration of something that has seemed (or actually was for a time) lost. Namely this comes from Mercury stationing in an exact opposition to the object Sedna in Taurus; the aspect is only two arc minutes from being precise. (If degrees of the zodiac are like minutes on a clock, arc minutes are like seconds.)

You may wish to pay particular attention today to anyone offering hints or reflections of this recovery/regeneration theme. Oppositions can manifest as interpersonal encounters; any such interaction may hold useful clues for the path of inward review you can follow for the next three weeks. Oppositions also can be felt internally, as inner conflict (personally, I think I had a dream Tuesday morning hinting at some inner meeting and regeneration).

Mercury’s station retrograde chart also describes needing to take action in response to secrets or inconvenient truths being revealed, or to beliefs around health and healing (either of those themes may relate to a group of some kind). These ideas relate to the asteroid Askalaphus in Aquarius, which Mercury is squaring.

To the other side of the chart, Mercury squares the asteroid Amor in Leo. Your understanding of what love truly is/means, or a recognition of “conditions” placed on unconditional love and compassion, might be another point of tension that spurs you to seek what would resolve it.

Whether you are able to communicate what is most personal to you — that is, questions of the paradoxical strength in vulnerability — is another theme to note. I’m seeing this in Mercury’s conjunction to Venus and the asteroid Pallas in Scorpio, a sign known for its strong emotions and tendency toward secretiveness. What is the exoskeleton and stinger of the scorpion protecting but its incredibly soft and vulnerable insides? Yet we humans cannot achieve the intimate bonds we desire without showing our own insides in some way, and there is inherent power in standing fully in all of who we are — including the soft bits and the shamelessly passionate bits that make us nervous.

Given our culture lately, being able to communicate those parts of ourselves — rationally, as Pallas suggests — might be even more valuable than ever. Perhaps there is much to be reviewed and recovered in there. Note that once it’s in apparent retrograde motion, Mercury makes a second exact conjunction to Pallas on Saturday. This seems to describe an opportunity to revise or try again any in-depth or highly charged conversations you’ve been engaged in this week.

The Sagittarius Moon cruising through the separating Ceres-Jupiter conjunction today appears to offer a little extra adventurousness should you need it. You might be surprised by just how freeing and nourishing it is to ‘go there’.

Speaking of Sagittarius: Venus is the first of our current Scorpio cluster to enter that sign. It does so tomorrow (Friday) at 4:25 pm EDT / 20:24:31 UTC.

Venus in Sagittarius should help to lighten the mood in relationships of all sorts (but especially the most intimate, passionate or emotionally fraught ones). As a natal placement, this tends to convey demonstrative friendliness, intuitiveness, sexual adventurousness, flirtatiousness and also high ideals in relationships. So while Mercury is diving inward, Venus will begin to balance that with some outward emotional expression.

As always, for the next three-plus weeks the usual Mercury retrograde hygiene applies: back up your computer; double-check emails and texts before you send them; if there’s confusion or no reply, pick up the phone and call, or knock on the person’s door; delay large purchases and important contracts. Give yourself extra time for travel, and only drive when you are driving (if your hand is on something else, your mind is, too — though even hands-free calls divert significant mental focus). Workarounds that don’t require spending a lot of extra money are your friend.

Yet no matter what goes ‘wrong’ or catches you off-guard, get curious about the mysteries of the journey. That appears to be where the most value is hiding — and the journey inside you may be the one that matters most of all.

In 2020 we have not one but two conjunctions that mark the turn of a generation, and of an era in history. On Jan. 12, Saturn and Pluto in Capricorn form their once per 33-year conjunction. Then on Dec. 21. 2020, Jupiter and Saturn, both now in Aquarius, form a conjunction in the first degree of that sign. Read more here…

One thought on “The Mysterious Case of Mercury Retrograde in Scorpio”