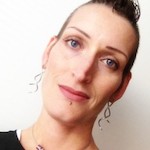 Planet Waves has featured the insightful, vulnerable, brave writings of Christina Louise Dietrich a few times, as she navigates a path of healing with her husband Brendan and their young son. In this piece, she comes face-to-face with her inner Meanie: a deep-seated coping mechanism triggered when confronted by time and her son’s innocent, age-appropriate disregard for its structure and demands.

This week’s relationship-themed guest-post comes from Christina Louise Dietrich, whom we’ve featured a few times in the last year or so. She writes about her healing journey at her own blog. — Amanda P.

Time and its invisible, arbitrary, relentless, uncaring structure is my go-to method for bullying my 5-year-old son, Avery. This was made crystal-clear to me on an otherwise ordinary Wednesday morning because Brendan and I chose to pay particular attention to a recurrent behavioral pattern of mine that loves to show up around transitions: the Meanie. 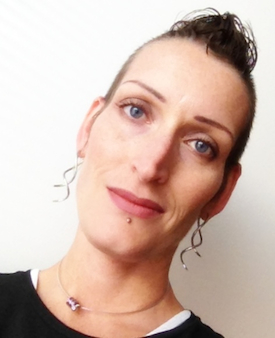 The Meanie is fucking mean and she doesn’t care. She’s mean because she wants to have impact, wants to be taken seriously, wants to have some control over how time is being spent. Or wasted, as the case may be. Change and its inevitable transitions are her nemesis because they are difficult enough to navigate among consenting adults who agree on the basic structure of time—but when a small child is involved?

A small child who also happens to be a master of the universe and general force of nature? A child who is wholly present to and engaged with whatever he’s doing, no matter what, and Mama why are you not watching me play this game right now? If you’ve spent any time around kids, you know exactly what I mean, right? They don’t WANT to change what they’re doing to transition and come do whatever we say “it’s time” to do.

What have I got that’s half so interesting as moving water and sand and half-rotten pears around between buckets to make yard soup with specially seasoned ants? Nothing; that’s what. Unless it’s candy or a power tool, then…maybe.

So, what’s one of the most contentious transitions a modern American family can experience? What gets my anxiety up and ensures the Meanie has a hot mess of compost to come plant herself in?

Getting everyone out of the house by 8:00 am so we can ride together to work and school.

I’m sure your family has a version of this. An episode of family drama that gets enacted over and over: constrained by time, fueled by a chronic low-grade state of exhaustion, and brought to a roiling boil by the addition of a child who wants what he wants and what he wants is to be neither helpful nor efficient. Apparently. Because getting dressed and leaving the house when you’d rather lounge about, eat raisins, and watch videos? Fuck. That. Am I right?

So. Wednesday morning. 7:43 am. I’d been having a pretty good morning; no major disturbances or disasters, my baseline wakefulness was above average. I later had no explanation for what was about to occur. I got triggered by something—maybe I was secretly harboring resentment over making lunches when it “wasn’t my job,” maybe I got anxious because I “should” have been at work already, catching up on project management homework. Probably both.

Thing about core patterns and their triggers is they sneak up on me and grab the wheel before I realize what’s happening. Because they’ve been here so long they’re really skilled at hiding in my blind spots and convincing me they don’t exist.

I remember feeling a surge of anxious energy in my chest and solar plexus, and suddenly I was in the Mind of the Clock. I noticed that Avery didn’t have his shoes on yet and was playing Legos on the front porch as I came out to stage bags for the trip downstairs to the car. The Meanie was poised and ready because if she holds one thing sacred it’s that The One Right Way to Transition is Quickly and Without Dawdling, Dilly-Dallying, or Farting Around.

“Avery, put your shoes on please; it’s time to get in the car.” (She likes to hide behind “manners.”)

He doesn’t stop what he’s doing or respond in any way. To the Meanie, this is an open invitation to start Driving the Situation. Bring the shoes to him, put them down right next to him, and then stand there, hands on hips and say “Put your shoes on. Now.” I say this with the air of threat in my voice, the implication of consequences. After all, Time is on My Side. I’ve interrupted what he’s doing, forced myself into his reality, and am now applying pressure, using time as a crowbar.

Shoes finally on, I proceed down the stairs, focused on meeting my next milestone even though I can hear him calling me to “Wait, Mama! I want to go with you!” “Fuck no,” thinks the Meanie, “you had your chance to come with me two minutes ago and you wasted it!” But he keeps calling me and it sounds like he’s about to cry. Meanie hasn’t yet committed to a Scene on the Front Lawn, so I turn around and come back to stand at the bottom of the stairs. Where I project irritation and disbelief.

He stops halfway down the stairs to enact a critical point in a story I’m not even close to tracking. I’m standing there, seething, every second feeling like torture and failure. I am wasting time waiting for him, I think. I’m trapped. ALL I WANT TO DO IS MOVE FORWARD AT MY SPEED. WHY THE HELL IS HE SO SLOW?

About 30 seconds later (which honestly felt like WHOLE MINUTES) I hear myself say in the meanest way possible “I’m done here. I’m TIRED of waiting for you!” I turn away and walk toward the car. I hear him yell “MAMA NOOOO!” followed by little feet pounding on stairs. And then, because he’s upset and trying so hard to hurry and please me, he trips on the last step and falls down chest-first on the sidewalk. He explodes in tears.

Inside my head, Meanie says “He did that on purpose.” I roll my eyes dramatically and take a big, heaving breath because I am SO INCONVENIENCED and now I have to deal with comforting a child pulling manipulative bullshit tricks like falling down the stairs to get attention and thwart me in my need to Be Timely and Efficient.

I look up to the porch and there’s Brendan, watching the whole scene. He yells angrily, “What the hell are you doing?! He’s trying to fulfill your arbitrary demands and your anxiously pushing on him is making it worse! We aren’t even late yet—why are you being so MEAN?!” My whole body got tight and hot with shame, sadness, remorse, and unspent meanness. The Meanie just got seen. Big Time.

During the ride to work, she got contradicted big time because Brendan had the skill and presence to lovingly hold space for me and the pattern, and the beginning stages of my coming to see and understand what it was about. The Meanie is an adaptation I developed to deal with the fact that I was rushed through transitions as a child. Chronically.

I suspect you might have had a similar experience. The lifestyles and parenting approaches our society enforces don’t afford people the time or teach them the skills to respect one another during transitions. And since we don’t actually view children as full persons, we respect their space less. During transitions, even less. We have internalized the Mind of the Clock; the scheduled bells and report cards and compartmentalized activities have trained us to MOVE when “time is of the essence.”

Because undirected playtime looks a whole lot like “wasting time.” Moving slowly looks like “farting around” or “being defiant.” Being fully present in the moment means you aren’t aware of time, you aren’t “trying to get somewhere” because where you’re at is perfection. Children live in the present, so time is meaningless (and, frankly, stupid) to them. To adults who have already been indoctrinated, who have become a servant to alarms and schedules—at a core level, that fact is infuriating.

We didn’t get to be our full selves. We gave up our authenticity because preserving our parental attachments was more important. We didn’t really have a choice. The Meanie doesn’t want Avery to be his authentic full self. She wants him to adopt the ancestral pattern and help me bear the anxious weight of having traded away my divinely-inspired playtime. So that we could Hurry Up and Get Somewhere.

I’m finally beginning to see that Right Here is the most valuable thing we have. The Meanie is showing me how terrifying time is for her; how she thinks it means she has no control and will disappear. Because that was her lived experience; she had no control and her desires did disappear. My authentic self disappeared and it’s taken me almost 40 years to reclaim her.

I don’t want that for Avery, so in the search to find an alternate approach, I’m consciously giving up rushing him whenever possible. I’ve decided there are few things in the world worth my forcing him to choose between doing what inspires him, and pleasing me.

Christina Louise Dietrich, a technical writer by trade, says of herself: “I write because I am claiming the voice my family and my society tried to silence, the voice that was my divine birthright. I am a woman, a mother, a feminist, a wife. I am compassionate, judgmental, loving, a bully, empathetic, obstinate, caring, rigid, and creative. I’m passionate about systems, beauty, process, experience, trees, interconnections, transitions, logistics, balance, and clarity. I manifest the Amazon, the Androgyne, and the Mother-to-be-Crone.”

4 thoughts on “The Meanie and the Mind of the Clock”