Using a documentary about the reciprocal relationship between the Mofu people of Cameroon and the Jaglavak ant as a starting point, guest writer Steve Guettermann discusses “sacred reciprocity.” That is, spoken and honest prayerful intent, offered from a place of gratitude and abundance (rather than “behaving to have”), even during a Dark Night of the Soul.

In the African country of Cameroon, the Mofu people survive a harsh life by planting millet, their main food crop. The success of the crop depends upon timely rains and the people’s tribute to their ancestors. Without either, their seeds and crops may be devoured by black ants and termites, which can have a better life than the people, since they usually find something to eat. 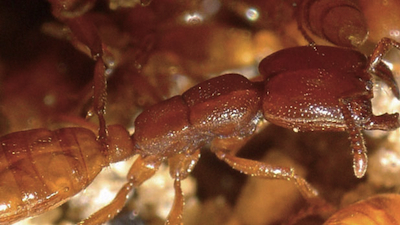 Close-up of a Jaglavak ant, courtesy of NOVA.

One year, the rains were late.

As a group of elders talked about the problem with their chief, one man added that termites were throughout his home’s walls and getting close to his granary.

Nothing he had done stopped them and part of his roof caved in. He asked for help.

It was decided to call in the Jaglavak, a specific type of army ant that kills termites, but can also attack people and livestock. The villagers knew that to invite the Jaglavak could cause worse problems than the termites, but if the termites spread to other houses and granaries the people would be wiped out.

All of this is captured in a NOVA documentary titled Master of the Killer Ants. It is essential watching for anyone interested in the importance of giving sacred, or ceremonial, reciprocity, as well as a primer on how to make effective prayer. Human survival is at stake, and nothing focuses intent as when we have our backs against the wall, especially when that wall is collapsing from termites and we stand to lose everything.

The documentary stresses the importance of many relationships, with gratitude among the most important. We can probably agree that to say “thank you” for something given to us is good manners. And there are many ways to sincerely say thank you through words, gestures and deeds. However, requiring others to thank you can become controlling, such as holding up a cookie to a child and making him say “Thank you” before he gets it. We may have learned early that receiving is conditional rather than reciprocal. That makes all the difference in the world.

Instead of a flow of giving and receiving, potential abundance becomes a dribble of behaving in order to have. It is well known among child development professionals that children sense their dependence on the adults charged with caring for them, and behave accordingly. Once bright-eyed, unlimited beings learn to behave to have, they can become puppets rather than thoughtful and sensitive participants. Adults who role model interdependence, rather than dependence or greed, contribute to everyone’s abundance.

Abundance is more flowing when the conditions are based on appropriate expression rather than solely on behavior. The Inca, for example, had and have a simple formula for appropriate behavior and civil expression: Don’t lie. Don’t steal. Don’t be lazy. As long as those three conditions are met, a person’s freedom and communal sustenance are assured.

Appropriate behavior is important, but learning to give back in appreciation for what has been received is a better social skill than manipulative behavior modification. Many studies show how important giving back is to our positive social development. Giving back encourages both children and adults to become sincerely grateful, responsible and connected rather than controlled, spoiled or entitled. The biggest reason for a child may be because the involved child sees how his or her actions make a difference.

Kids who take the next step and enter into sacred reciprocity, which also means sacred relationship, enter a domain virtually all indigenous cultures incorporated into ceremonies and which were highlighted in the NOVA episode. They not only get a feeling of belonging, they experience how the larger, magical world responds to them. It can put them in touch with lifelong curiosity steeped in imagination and right action, and giving and receiving. It will do wonders for a child’s sensitivity, intuition, compassion and connection when they see that the planet reciprocates for their reciprocity with even greater connection.

The onslaught of negative peer pressure can be another source for giving away one’s power. It can also leave parents absolutely bewildered by their child’s behavior. In her book Developing Your Backbone: The Science of Saying NO, Anne Brown, Ph.D., writes,

Researchers have found we are more effective in our interpersonal interactions when we are more open and aware of our blindnesses. The more authentically we speak, the more successful we will be in our career, our love life, our family, and with our health and our friends. If our speaking and actions are driven by honesty, we will be in the world with authenticity, power, passion, dignity, peace and success.

However, a child connected to the planet can be the more influential peer and demonstrate to his or her friends ways to positively empower themselves. Ceremonial reciprocity can do this through developing a greater connection. That greater connection simply puts more imagination and information and creative energy into the hands and heart of the child, thus building the authenticity needed for healthy living. Generosity and reciprocity support authenticity, but don’t make up for a lack of it.

During the darkest nights of the soul, however, when we are brutalized, bludgeoned by losses and abandoned, giving sacred thanks can seem like a joke. It is almost impossible to muster sincere gratitude when we are angry with the Creator and life. Once we realize nothing we do in life will ever buffer us completely from the pains of life and what the soul needs, we can embrace ceremonial reciprocity and the dark night at the crossroads of surrender to the truth of our soul. This helps dismember our longing for what Caroline Myss calls a search for “a logical and reasonable god,” and reinforces that life is larger than our particular struggles.

The term Dark Night of the Soul came from the title of a poem written by St. John of the Cross around 1578, while John was imprisoned for trying to reform his Carmelite order. Although the term initially centered on a spiritual crisis, it has become more encompassing. Today the dark night is a euphemism for “The shit has hit the fan…and I can’t come up for air.” It will likely last months if not years, although in Aaron Ralston’s case it lasted hours (with his arm trapped under a boulder while hiking solo) and for Mother Teresa, nearly a lifetime.

The soul may sense it coming and think it is ready for it. Or, something may hit out of the blue, so to speak: the death of a loved one or a relationship, and/or a physical, mental, emotional or spiritual trauma. One loss can trigger a series of losses, pile-driving the soul ever deeper beyond depression into the depths of hopelessness, shattered faith and, well, darkness. During the dark night it seems impossible to garner the slightest uplift from the vibration of the memory of good times, as good memories may be one of the triggers of real funk. The dark night is a crisis in consciousness, of belief, a psycho-physio shattering and dismembering of energy, leading to what some call chaos.

When a person, especially in western culture, begins to understand the importance of true sacred reciprocity as an integral part of life, it can signify the person is on the verge of a split with something old, or on the verge of connecting with something new. It can put the soul on the threshold of the dark night or it can be the lifeline as one plummets towards the depths of the dark night. A sincere appreciation for something one has or the perfect clarity that something needs to go, such as when Aaron Ralston cut off his arm to release himself from being pinned by a boulder for 127 hours in a slot canyon, can make one grateful for the experience.

During the dark night, we’d almost give anything to have things back the way they were, but going back is not an option when falling. Nothing can stop the soul’s inevitable surrender to releasing what must go. It is simply a question of when, not if. Sacred reciprocity helps the soul find and live with soul, but it cannot stop the Dark Night of the Soul.

Sacred reciprocity supports communal purpose, too, as shown in the story of the Jaglavak. In this case, the villagers realized they had neglected some of their sacred obligations, thus the entire community was put in jeopardy. It was not punishment as much as it was imbalance spawned by a lack of right relationship. Once the intent was made to restore it, the people’s granaries and homes were saved, and the rains came.

Most importantly, the Jaglavak left the village after destroying the termites without taking any goats or children because the people abided by the terms of sacred relationship. There was no written contract. No backstabbing or backroom dealings. No treaty violations. No EIS. No PACs. No pesticides. There was only the spoken and honest prayerful intent and action from the heart of, “If you do this, I’ll do that.” That’s what made it so magical. 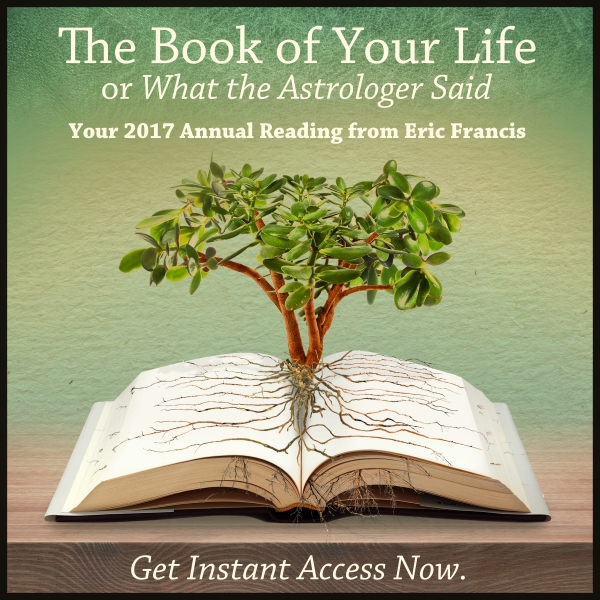 One thought on “The Jaglavak”