When I first started studying astrology, I discovered a guy named David Roell, who had an astrology bookstore in southern California. This was during the winter of 1994-1995. I didn’t have astrology software; David had a chart casting service that I used copiously. He had every book you could imagine, and I spent most of my money casting charts and purchasing books. 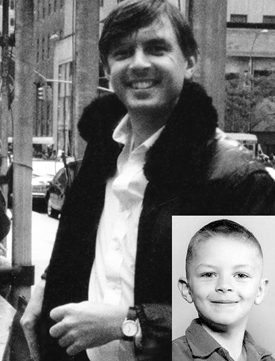 David Roell, at age five (and a few years ago. This montage was originally published in Frederick Woodruff’s Astro Inquiry for a 2013 interview with Dave. Read the full interview here.

I would do this by phone. Dave had a lot to say. He was lonely where he was, I think around Oxnard somewhere, in a neighborhood without a lot of people. My calls to him would turn into extensive astrology classes.

I would call his toll-free number, 1-800-475-2272, night after night, and get donated lessons the entire winter, each of which went on as long as I could keep going. I learned a lot of astrology from Dave. He explained every book he sold me, and answered my questions on many, many charts.

He had read a lot of books. I am sure he holds the unofficial world’s record in English for reading astrology books. The benefit of that, among others, is that he could navigate around the history of astrological ideas and traditions. This was mingled with his love of music, as a listener and as a composer. I think he may have identified as a musician first and astrologer second.

He was also a repository of knowledge about Eastern religion, various matters of psychic affairs, Blavatsky, occultism in general, ghosts, reincarnation, UFOs and numerous other subject areas, and had something intelligent to say about all of it. More than being an opinionist, which he definitely was, he was a theorist. That is what Aquarius is famous for — coming up with theories. Usually they were interesting; sometimes they were funny — he believed that Porphyry houses should be banned. Everyone should know someone like this.

Before I went to Egypt, he cautioned that if someone (for a little money) offered to get me the opportunity to sleep inside the Great Sphinx, not do to it, owing to the potential for some severe energetic impact. He was generally cautious about encounters with people we’ve known in past lives, contrary to New Age thinking that we’re all good old buddies (some of us are, some of us are not, and not everyone wants to clear their karma with people from the past).

He also warned me about some untrustworthy people in the astrological community, filled me in on numerous points of backstory I would have had no other way to find out, and explained the political ropes of the profession. Starting way back at the beginning, I had some vital intel and took it under advisement, paying attention but never publishing a word of it. He was also the source of many contacts for me — he knew everyone’s email dating back to the beginning of the medium, and their phone number. Every astrology journalist should know someone like this.

Then after these conversations, all night I worked for the Jackie Stallone Psychic Circle reading tarot cards. That winter was one of the most interesting times of my life. Mars was retrograde in Leo and Virgo. Pluto was in the very last degree of Scorpio. The Uranus-Neptune conjunction was beginning to drift apart. That winter and spring is one of the few times I am actually nostalgic about.

One day at the end of a phone call, he said, “OK, you’re ready. Hang out your shingle and be an astrologer. Charge $50 an hour. And don’t undersell your tarot. Charge the same for that.” And that was it. He had graduated me. This was some time in early 1995.

I was determined to be an astrologer and clearly it was meant to be. I had seven years of preparation, therapy, spiritual training and esoteric studies including tarot prior to these conversations, but still, astrology is not exactly easy and it’s a big responsibility. I am not sure I would have had the confidence after just one year of focused study to do it professionally.

So I hung out my shingle, printed postcards, started writing a horoscope column in a little newspaper called Free Time, and that was pretty much that.

I have always found the astrologers I resonate with to be generous with their knowledge; I could make a long list, and it was those examples that influenced me to model my career the way that I have. But David was a little unusual and never seemed to run out of time for me. Over the past 19 years I’ve called him countless times, any time I had a difficult case or needed to get some insight on an astrological issue, especially involving horary.

When I arrived in my godmother’s hometown in Sicily, I put my feet on the ground, recorded the time, called him and gave him the horary data and he faxed back one of the most interesting charts I’ve ever seen to my little motel in Piazza Armerina — one of the charts that proves astrology. 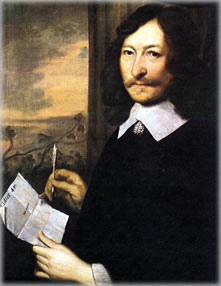 William Lilly (1602-1681), author of Christian Astrology, the first astrology text in English. David Roell was the most recent publisher of the book, in a modern three-volume edition Lilly would be grateful existed.

Speaking of horary, it was David who made the point that you can find out anything you need to know from horary astrology, which is the astrology of the hour, usually of a question. He is the person who recommended that I read The Moment of Astrology, a book about horary, which is one of my favorite books, ever.

He was always at his desk, answered on the first ring, and said, “Hello Eric Francis.” I continued to buy books from him, some for myself but mostly for students and Planet Waves staff members and friends. David was the person to go to; my credit card was always on file.

He was one of a very few people I could go to for detailed information about the book Christian Astrology by William Lilly, the first astrological textbook written in English, of which he was the most recent publisher, and translator of the book into modern English, and of all the charts into modern charts.

This week he ran out of time. A few minutes ago I got an email from his wife Elizabeth saying that David had died. She sent the last edition of his weekly newsletter. He is also survived by a young daughter.

In one of our last conversations, he said that he wanted to preserve his astrological knowledge, particularly in spoken word recordings rather than written materials because he felt that this was the more powerful way to teach.

I am aware that David grated on certain people, and expressed some views that people found strange and hurtful. He had some carefully chosen enemies and some not so carefully chosen. I knew, which is to say I had met, that hyper-catty side of him a couple of times, but that never deterred me from being his friend. He had strong opinions and seemed not to care what other people would think, though I am sure he did. His kind of intellect has a lot of emotion behind it. That is Aquarius for you.

My sense of what he was going through was the fear that his life would not matter; that all his study and theories and teachings would not mean anything. David meant a lot to me, his nuts and bolts approach to astrology helped shape my own, and his faith in me as an astrologer has a lot to do with why I am an actual, practicing astrologer today. I considered whatever he said whether I agreed with him or not, and made up my own mind, which was just fine with him. That’s exactly what a teacher is for. 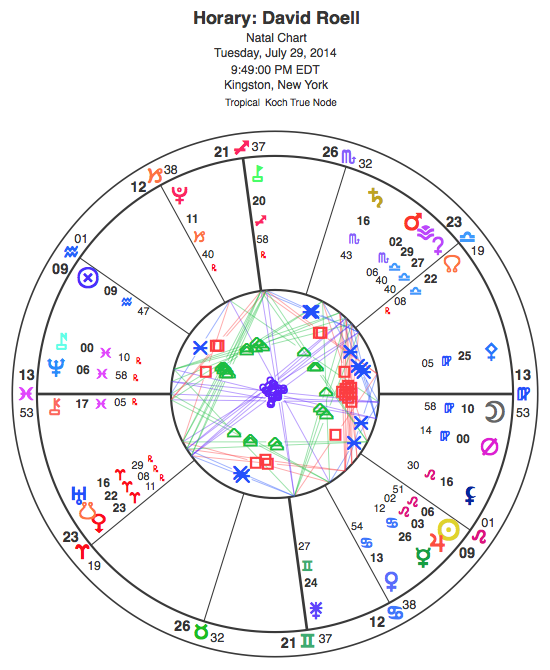